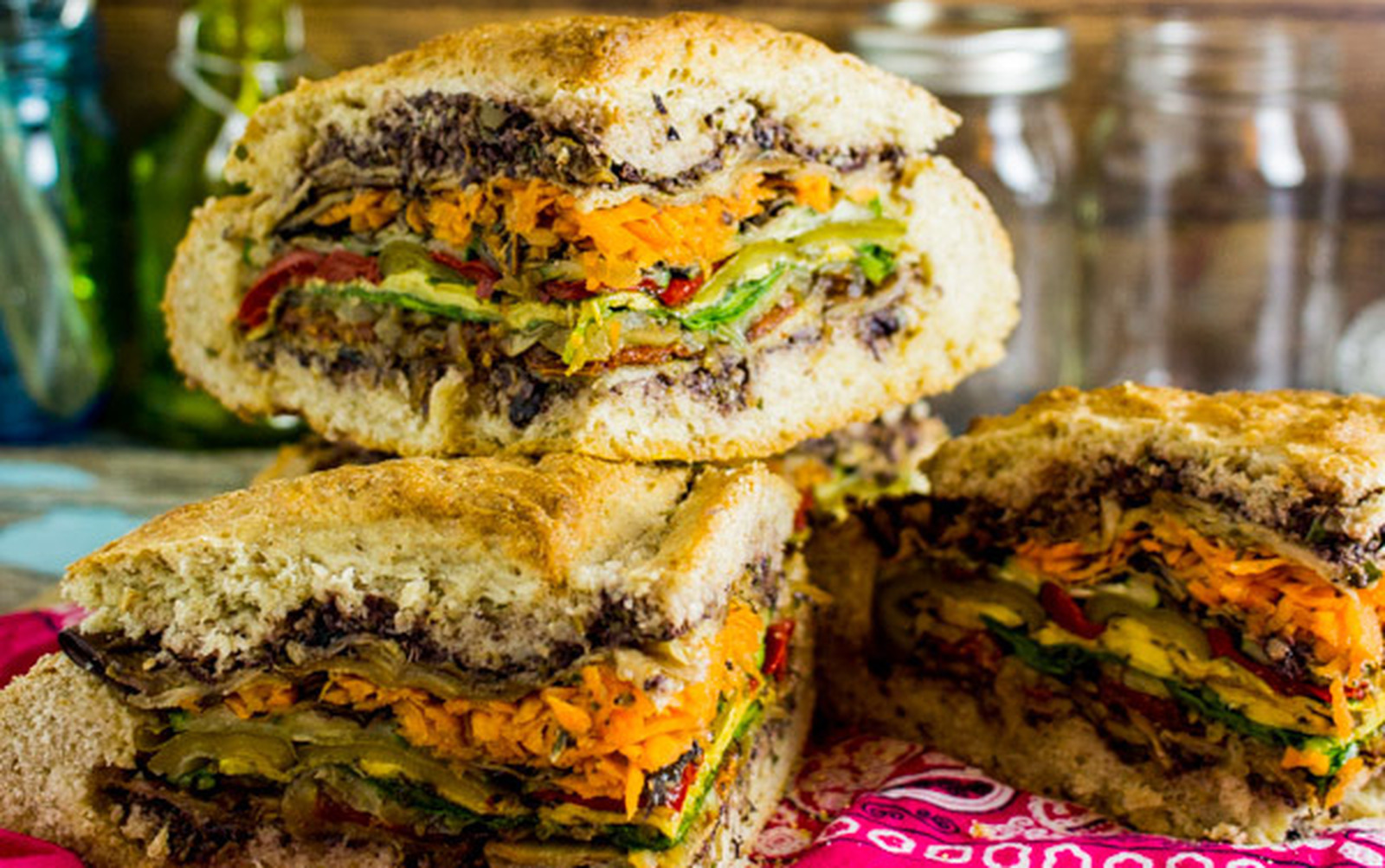 A muffuletta is is a sandwich that has origins among Italian immigrants in New Orleans, Louisiana. In fact, a "muffuletta" is a type of round country bread that hails from Sicily. The traditional muffuletta sandwich takes this bread, stuffs it full different meats, cheeses, and veggies, and is flattened to make a sort of giant panini that can be sliced up like a pie. This version eschews the meats and cheese and is all veggie, baby! It's still totally delicious and absolutely satisfying.

To Make the Olive Spread:

To Make the Eggplant:

To Prepare the Bread:

To Assemble the Sandwich:

Use a mandoline slicer to make thin even slices of veggies.

Total Calories: 1577 | Total Carbs: 202 g | Total Fat: 55 g | Total Protein: 36 g | Total Sodium: 2559 g | Total Sugar: 37 g Note: The information shown is based on available ingredients and preparation. It should not be considered a substitute for a professional nutritionist’s advice.

As the creator of Boards&Knives, Michelle makes it her mission to develop exciting plant-based recipes designed to appeal to vegans and non-vegans. A cookbook-obsessed home cook with a passion for entertaining, Michelle's brings you creative food inspiration for what to make on a typical weeknight or party recipe ideas for a get-together with friends. Visit boardsandknives.com for more delicious recipes!