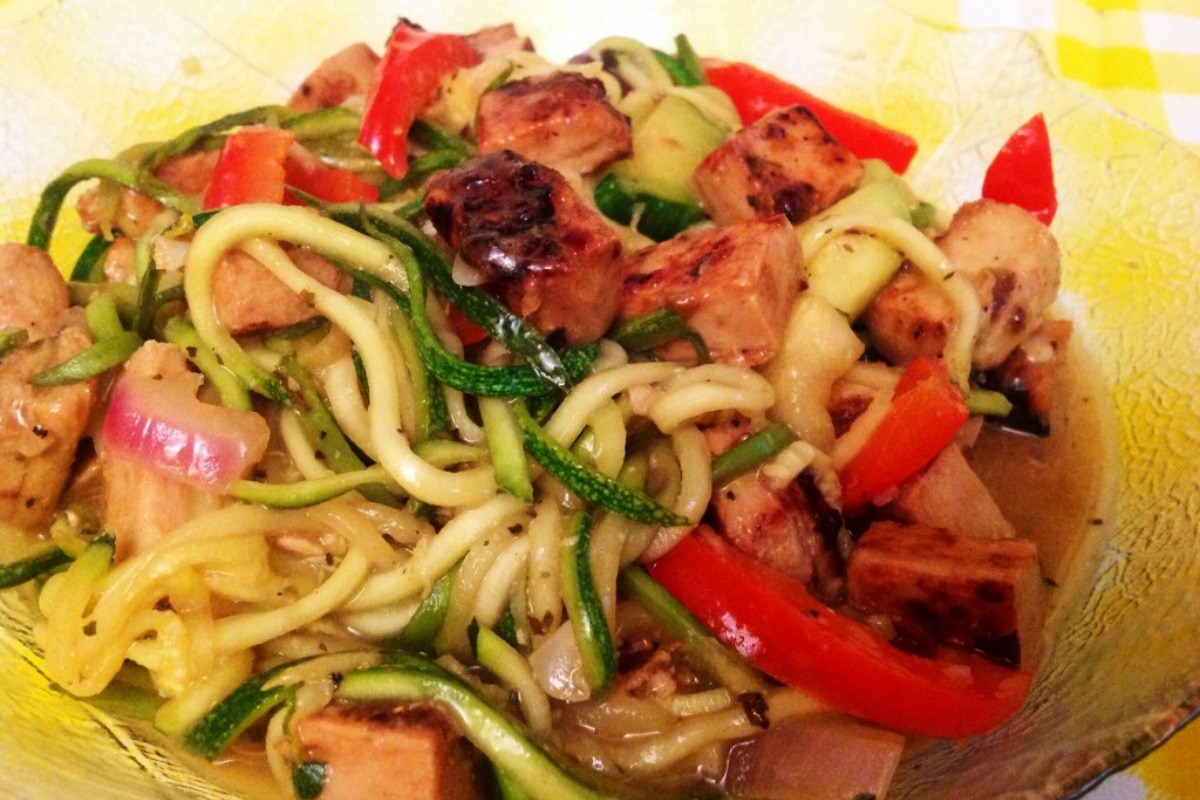 This Orange “Chicken” is crisp yet tender with an amazing orange flavor that mingles with the tamari, garlic and ginger. The brown sugar balances the red pepper flakes for a dish that’s perfectly sweet and spicy. Serving it over rice is delicious, but serving it over zucchini noodles and making a sauce out of the leftover marinade really makes it an extra-special dish that’s extra scrumptious. Enjoy!

Total Calories (Before Your Choice of Tofu/Vegan Chicken): 1,230 | Total Carbs: 168 g | Total Fat: 58 g | Total Protein: 25 g | Total Sodium: 3,006 mg | Total Sugar: 139 g Note: The information shown is based on available ingredients and preparation. It should not be considered a substitute for a professional nutritionist’s advice.