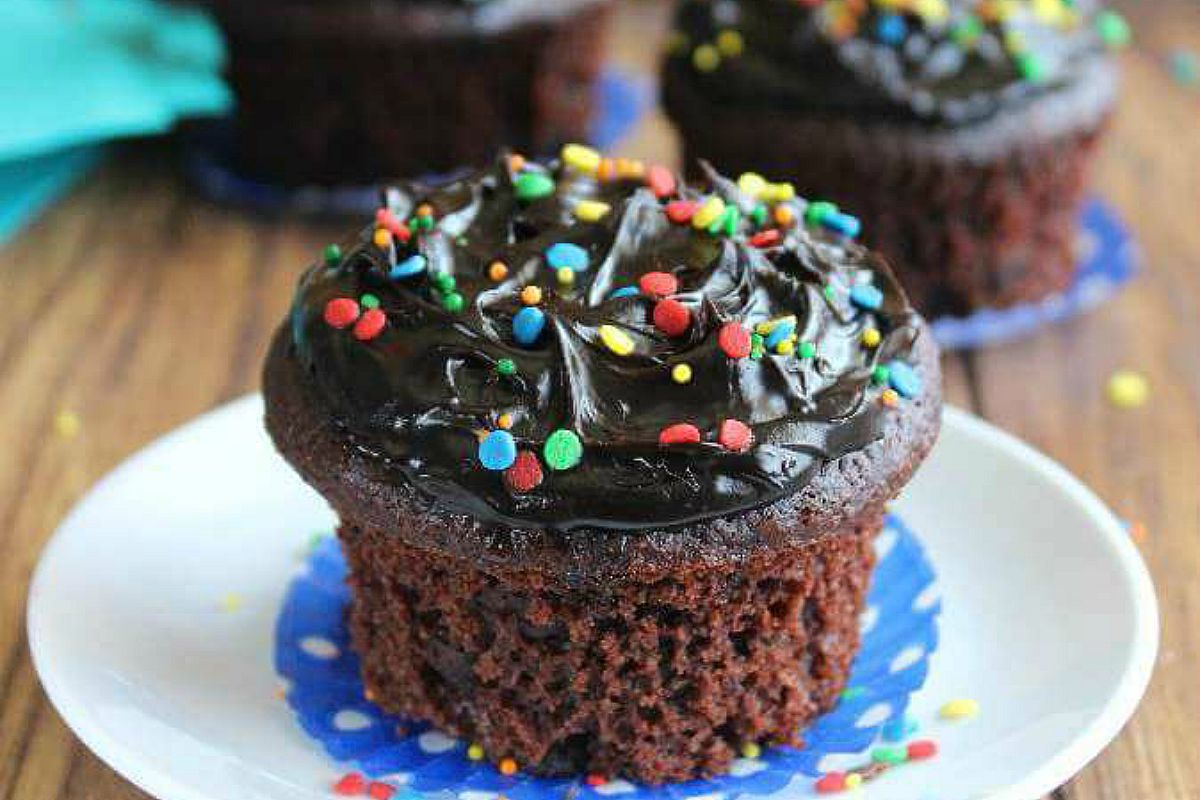 Time for chocolate! My Triple Chocolate Party Cupcakes have three textures of chocolate. Caky cupcakes with chocolate chips inside and all topped with a creamy frosting. Is there such a thing as too much chocolate? Nah!

More Ingredients for the Cupcake Batter:  For the Chocolate Frosting:
Advertisement

Hi, my name is Ginny McMeans and I am the recipe creator and photographer at Vegan in the Freezer.  The recipes feature healthy and delicious food that you can enjoy now or freeze for future meals.  I am having the most fun adapting the vegan lifestyle to the cooking techniques that I have learned and then, of course, eating the food. I live in the Great Southwest with my husband and all the other critters that love the heat.