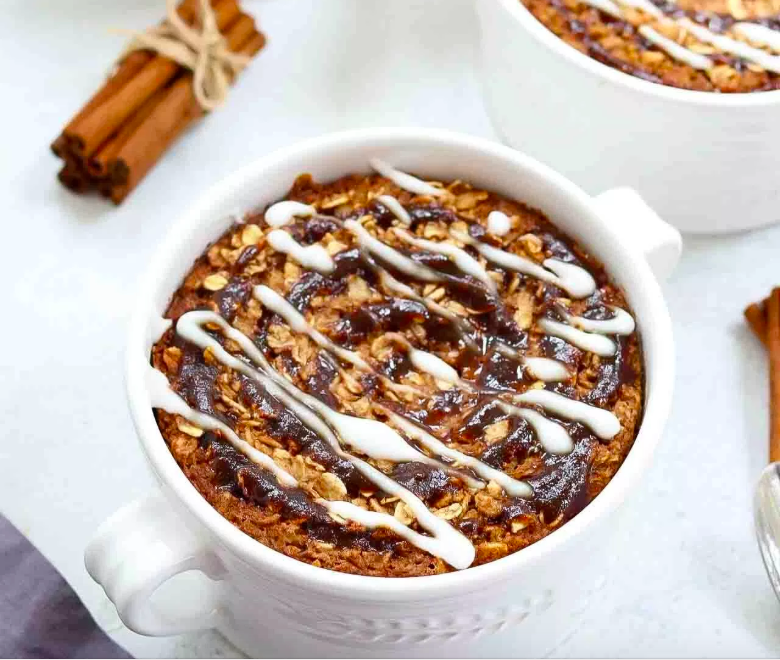 For the Cinnamon Sugar Swirl

Will store in the fridge for 3-5 days. How long you cook the oats will depend on how deep your dish(es) are. You’ll know they’re done when a toothpick comes out clear or when the edges start to brown and the center is nice and firm.

Per Serving: Calories: 167 | Carbs: 26 g | Fat: 6 g | Protein: 3 g | Sodium: 455 mg | Sugar: 7 g Note: The information shown is based on available ingredients and preparation. It should not be considered a substitute for a professional nutritionist’s advice.

I'm Claire, a Certified Holistic Nutritionist, skin health specialist, and food photographer behind Eat With Clarity. I help women heal their skin and glow from the inside out through personalized nutrition, skincare, and natural healing modalities. I share nutritious, gluten and dairy free recipes that all types of eaters will love. My easy to follow recipes are where nutritious meets delicious.