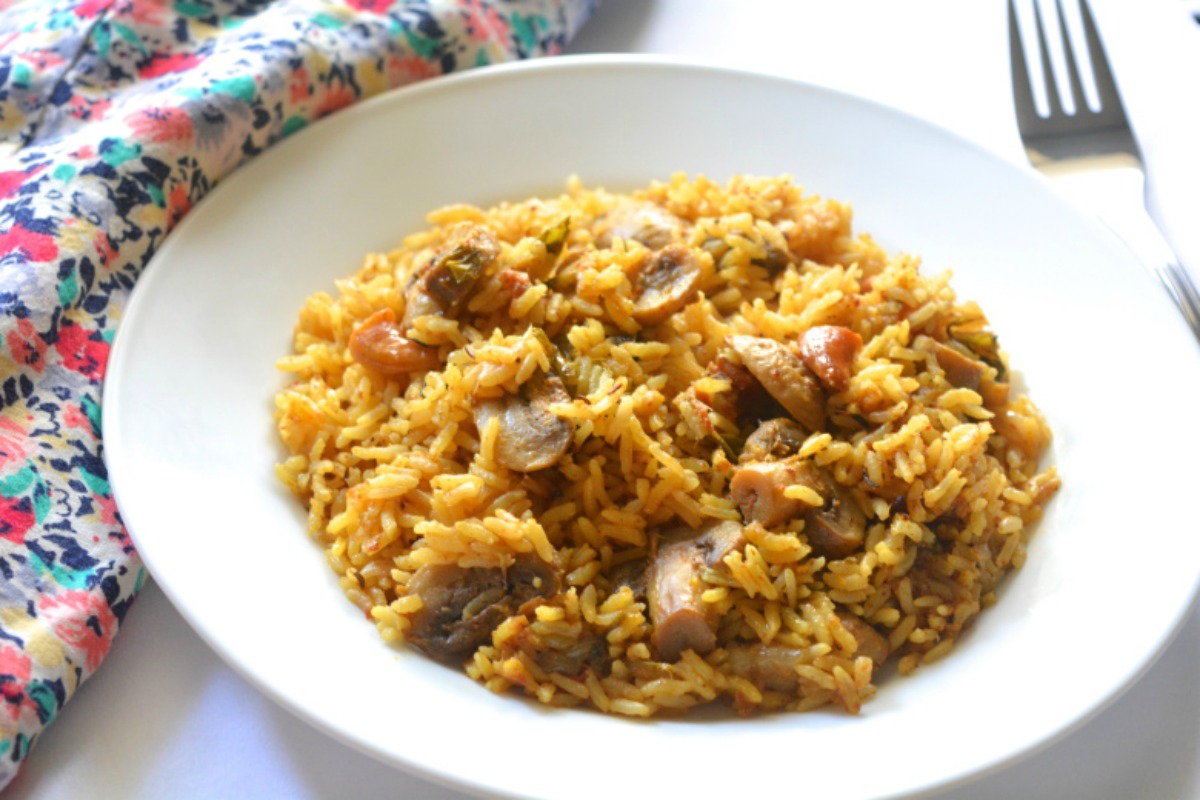 How about a restaurant style mushroom Biryani recipe? Made from fresh ingredients, this is one of the best biryani rice dishes I have had in awhile. I was visiting a restaurant and had this vegan biryani, interviewed the chef, and wrote the recipe down. She asked me to keep the name of the restaurant out of this, so I am. This is such a unique recipe for mushroom Biryani. It has a myriad of delicious seasonings and spices. You are going to love it! A biriyani recipe so good it's based off of a secret recipe. Shhh, don't tell!

For the Mushroom Biryani:

To Make the Biryani Masala:

To Make the Mushroom Biryani:

Total Calories: 928 | Total Carbs: 181 g | Total Fat: 32 g | Total Protein: 30 g | Total Sodium: 320 g | Total Sugar: 78 g Note: The information shown is based on available ingredients and preparation. It should not be considered a substitute for a professional nutritionist’s advice.

I am Charanya, a vegan and gluten-free blogger and founder of Yes, I am Vegan. I am an IT lecturer by day and blogger by night. I have been vegan for three years now and gluten-free, the last year. One common question I get asked is, what do you eat? That's why I started blogging, to show the world, vegan and gluten-free food isn't hard to cook. You just need to look for it.