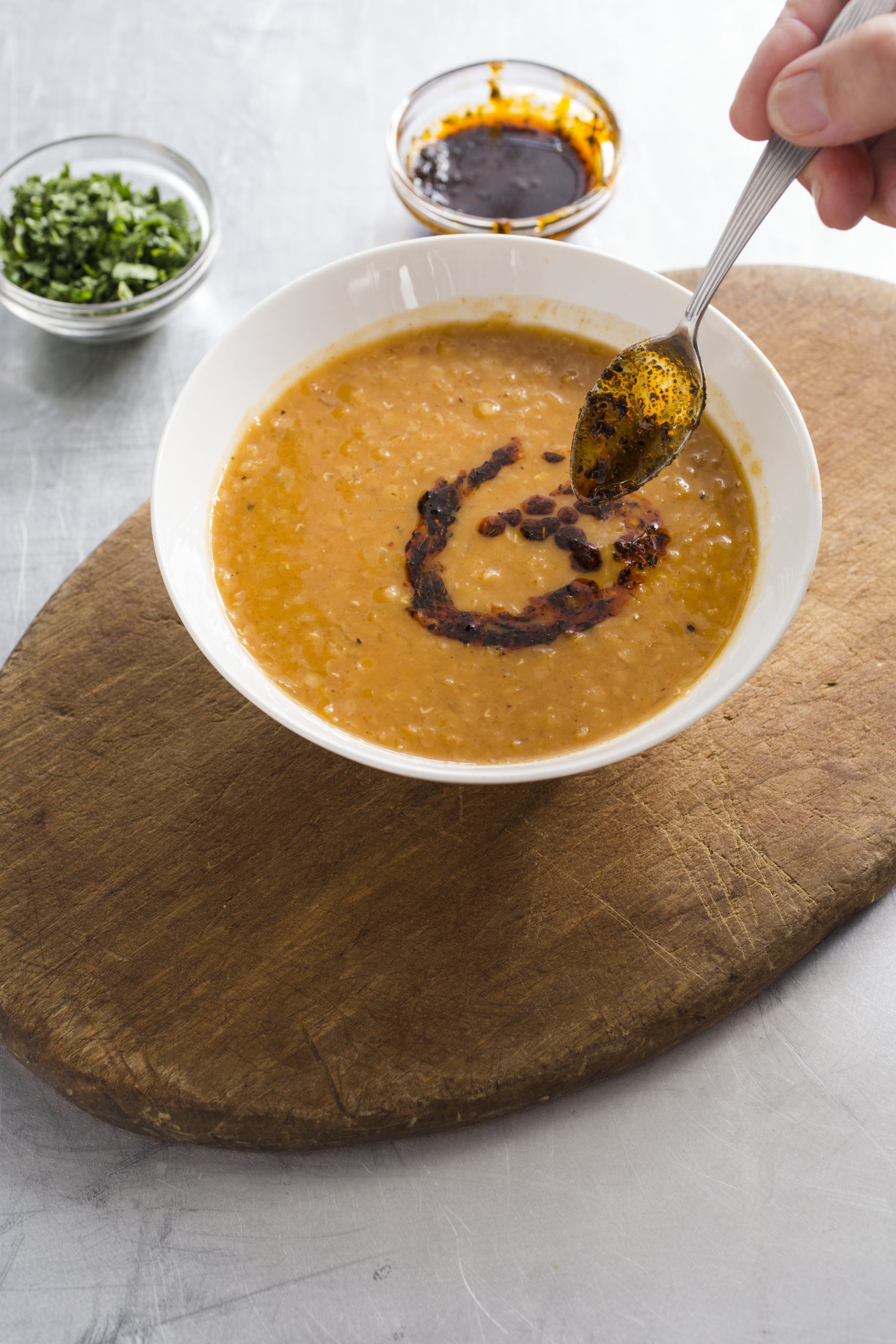 A North African-style mix of coriander, cumin, ginger, cinnamon, black pepper, and cayenne brought warm complexity in minutes as we bloomed them in our pot after sautéing an onion. Tomato paste and garlic completed the base before the addition of the lentils, and a mix of broth and water gave the soup a full, rounded character. After only 15 minutes of cooking, the lentils were soft enough to be pureed with a whisk. A generous dose of lemon juice brought the flavors into focus, and a drizzle of spice-infused oil and a sprinkle of fresh cilantro completed the transformation of commonplace ingredients into an exotic yet comforting, quick soup.

Bring the Mediterranean--from Italy and Greece, to Morocco and Egypt, to Turkey and Lebanon--into your kitchen with more than 500 fresh, flavorful recipes. This comprehensive cookbook translates the famously healthy Mediterranean diet for home cooks with a wide range of creative recipes, many fast enough to be made on a weeknight, using ingredients available at your local supermarket.