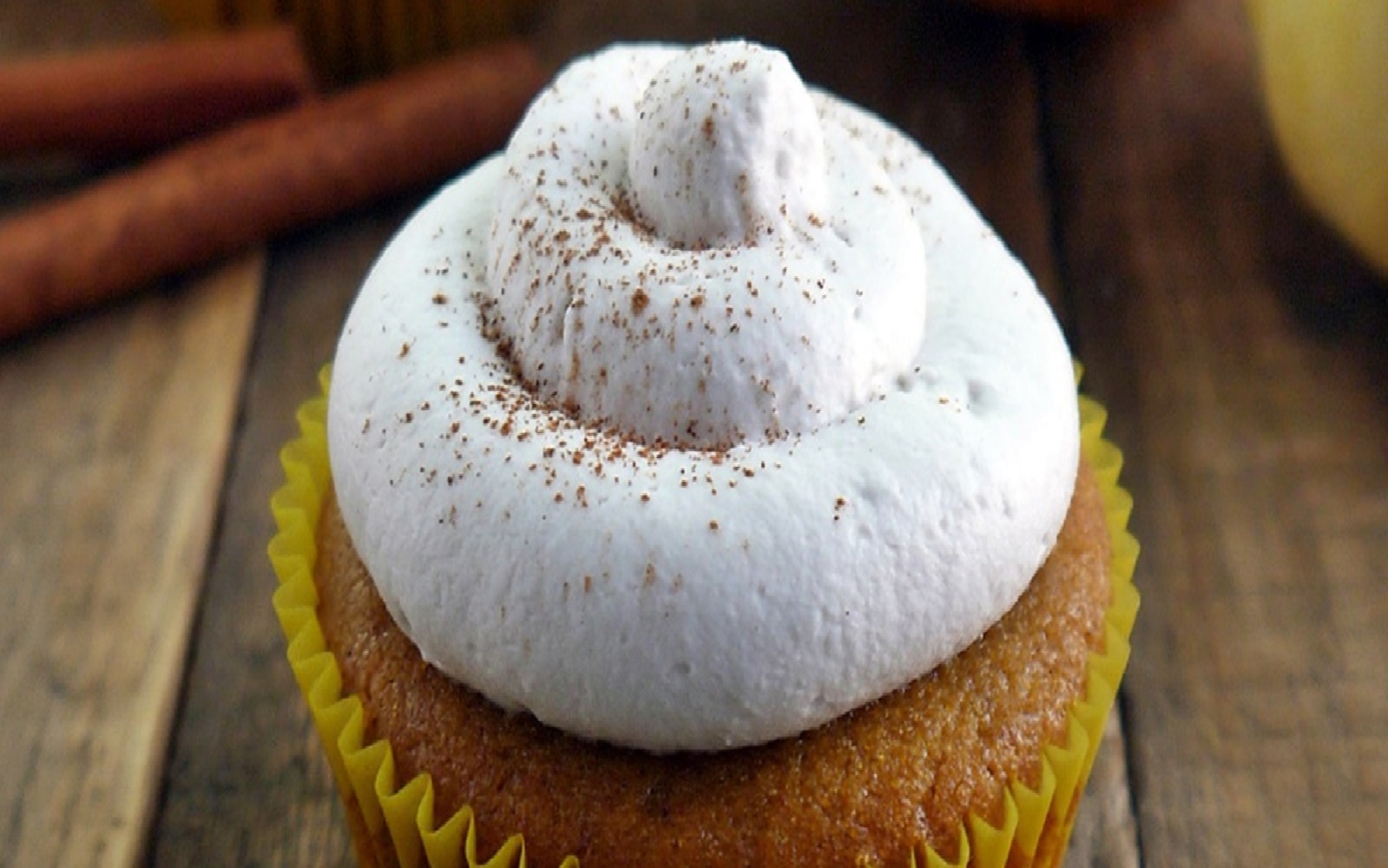 These cupcakes are the perfect thing to bake if you want your place to smell like pumpkin and warm spices!

For the Cupcakes: For the Coconut Milk Whipped Cream:

For the Coconut Milk Whipped Cream:

Per Serving: Calories: 298 | Carbs: 34 g | Fat: 17 g | Protein: 2 g | Sodium: 101 mg | Sugar: 22 g Note: The information shown is based on available ingredients and preparation. It should not be considered a substitute for a professional nutritionist’s advice.

Hello! I’m Olivia and I love sharing deliciously compassionate recipes on my blog, Vegan Chow Down. I have been living a plant-based lifestyle for the past 15 years and want to inspire others to try vegan dishes by showing how tasty, accessible, and fun they can be! I am a huge animal lover and live in sunny Southern California with my 5 furry rescues which includes 2 pups and 3 kitties. When I am not blogging, you can find me creating art for my paper goods line, curled up with a good book, or catching up on my favorite TV shows.