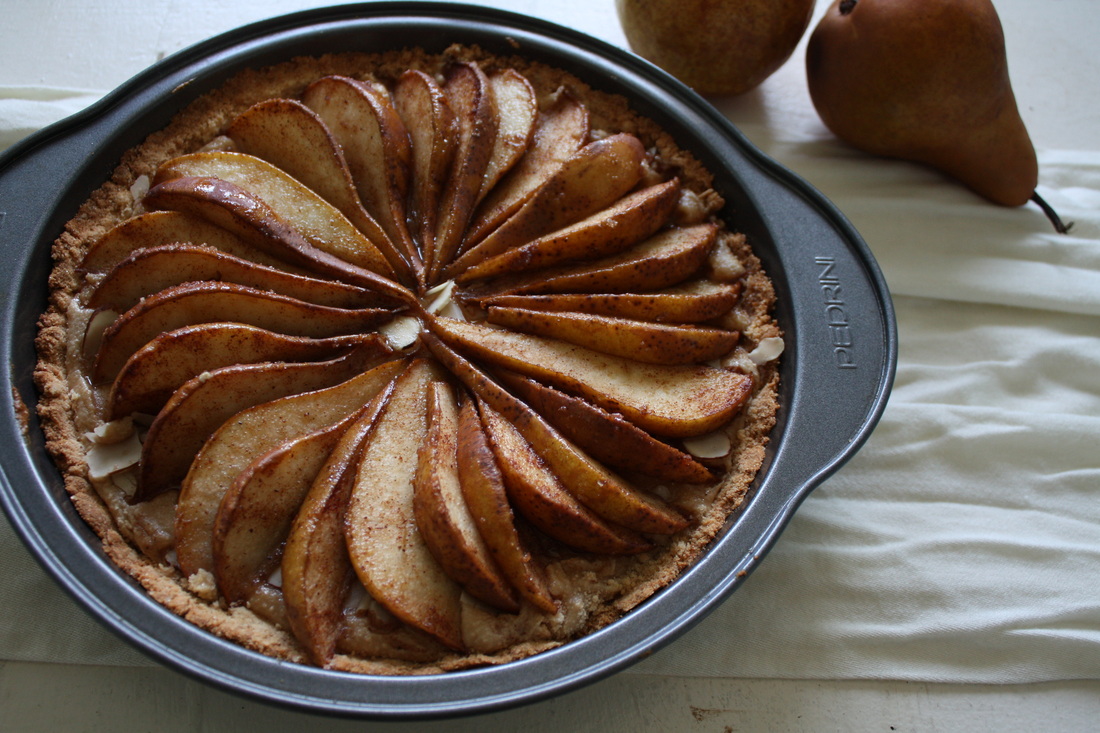 The crust is soft and crumbly and graham cracker like; the cashew cream top is smooth and topped with freshly chopped almonds, followed by a thick layer of sweet, cinnamon-sprinkled pears. We based our recipe for this pear tart off of a similar recipe from Go Dairy Free.

I'm Amber, the author of ettle Vegan. I made the transition to a plant-based diet about six years ago. I was born and raised in a town in Maine and grew up eating an omnivorous diet, feasting on plants and animals we grew and harvested ourselves. These days, Alex and I live in Long Beach, California with our Pit Bull Maddie. I do the cooking and the photographing, he does the taste-testing and social media. We make a great team!