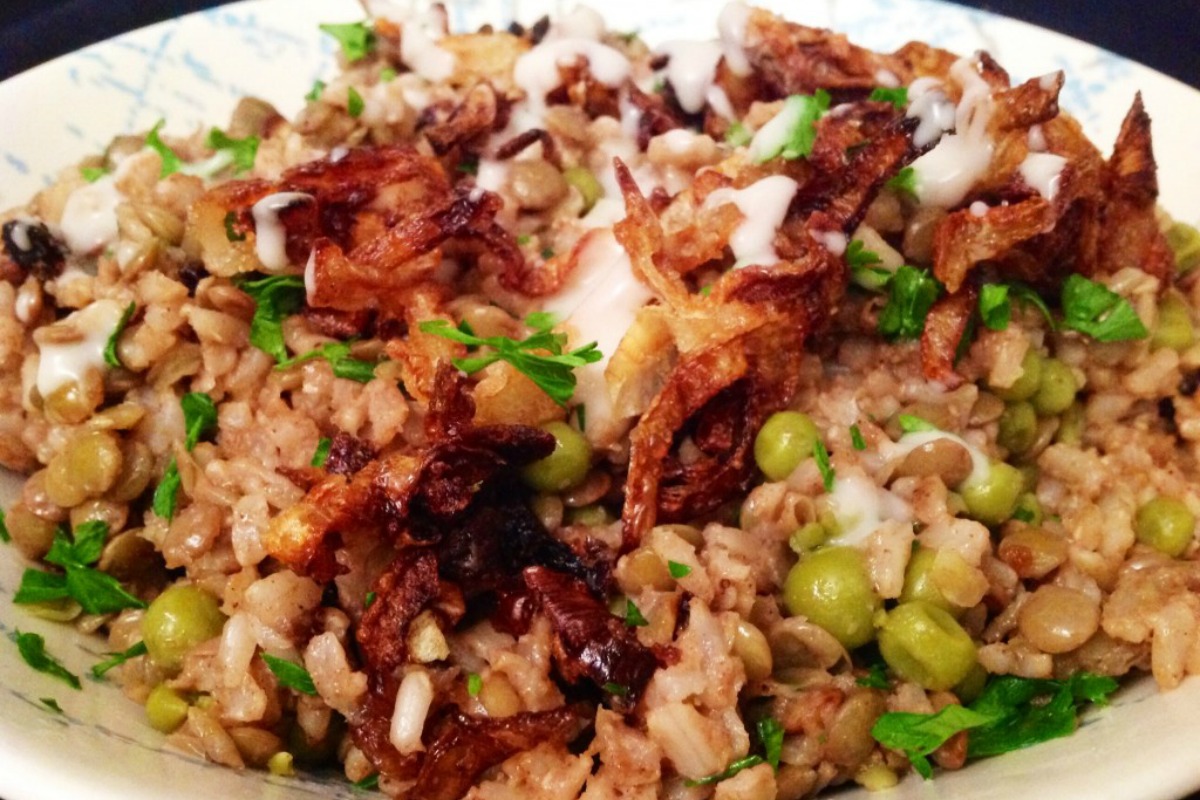 Mujaddara is an ancient dish that has been traced back to a cookbook from 1226 in Iraq. The dish is made with lentils and rice and was considered a dish eaten by the poor. It’s a hearty dish, filling and satisfying. The lentils and rice are seasoned with cumin, coriander, cinnamon and allspice so it’s packed with warm flavors. The fried onions get mixed into the dish as well as tossed on top so you get fried, crunchy goodness throughout. The yogurt-lemon sauce adds a tangy, cool element against the spiciness. If this is considered peasant food, the rich can keep their meals and give me more mujaddara!

Because I use brown rice, which takes 45 minutes to cook and lentils only take 20 minutes, I made them separately and then combined them later. If you use white rice which takes about the same time as lentils to cook, you can make them together in one pot and there is no need to divide up the spices.

Total Calories: 3398 | Total Carbs: 644 g | Total Fat: 25 g | Total Protein: 147 g | Total Sodium: 2565 g | Total Sugar: 53 g Calculation not including oil for frying. Note: The information shown is based on available ingredients and preparation. It should not be considered a substitute for a professional nutritionist’s advice.