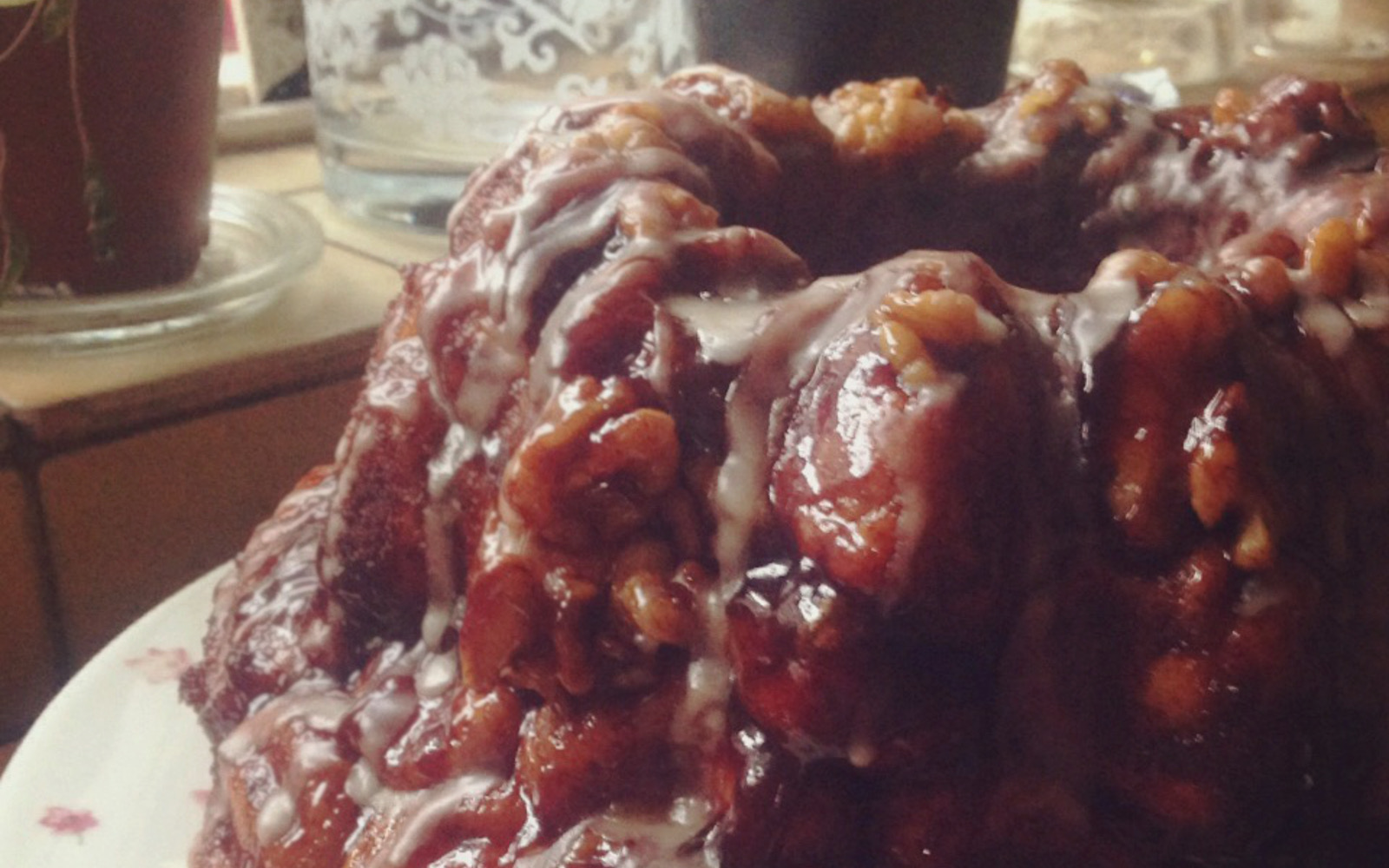 Monkey bread is a bundt cake from the 1950s that's like a giant, gooey, sticky-sweet cinnamon bun. In this recipe, aquafaba gives the cake a soft, addictive texture. You'll really want to eat this cake with your hands and with the sweet icing glaze, you won't be able to stop yourself from licking your fingers.

To Make the Cake:

To Assemble the Cake:

To Make the Glaze:

Bridge is an Irish vegan blogger from Dublin. She began living vegan in 2012 for ethical reasons. While health is never the main concern in her recipes, she has inadvertently felt the benefits of a vegan diet. She is an artist by nature but has a passion for mental health and is currently focusing on completing her MSc in counseling and psychotherapy. You can follow her blog at I Heart Crap Kitchen.