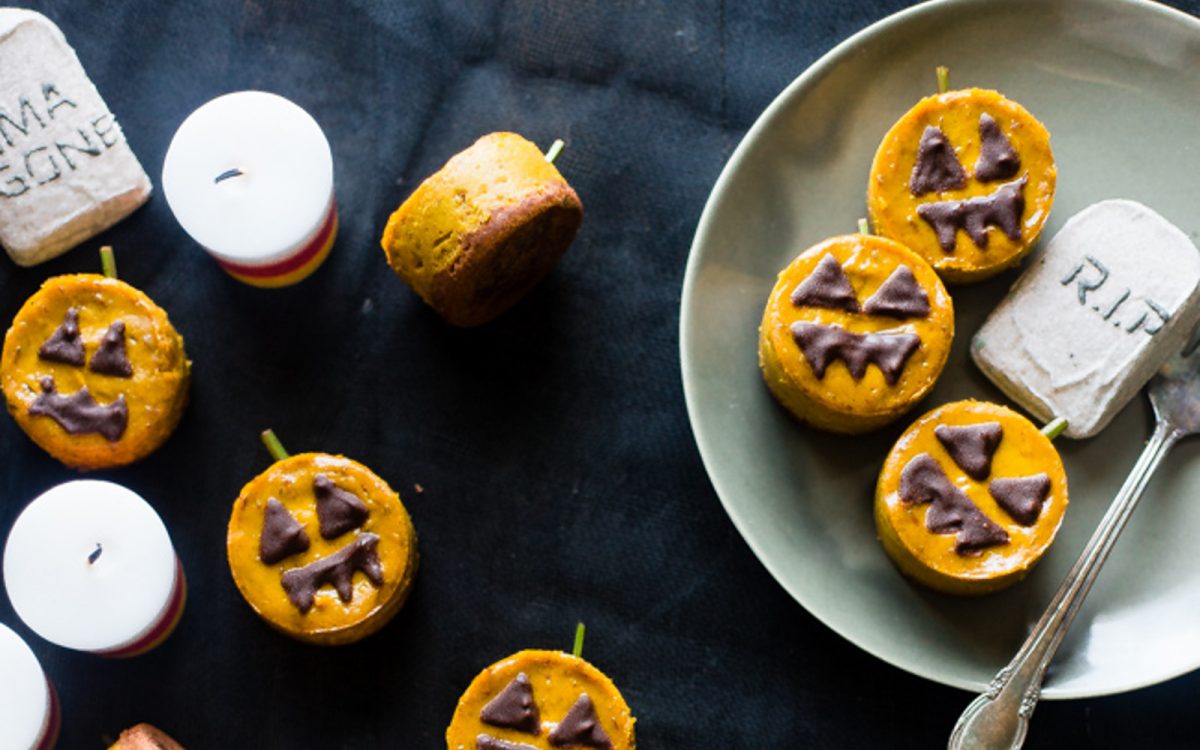 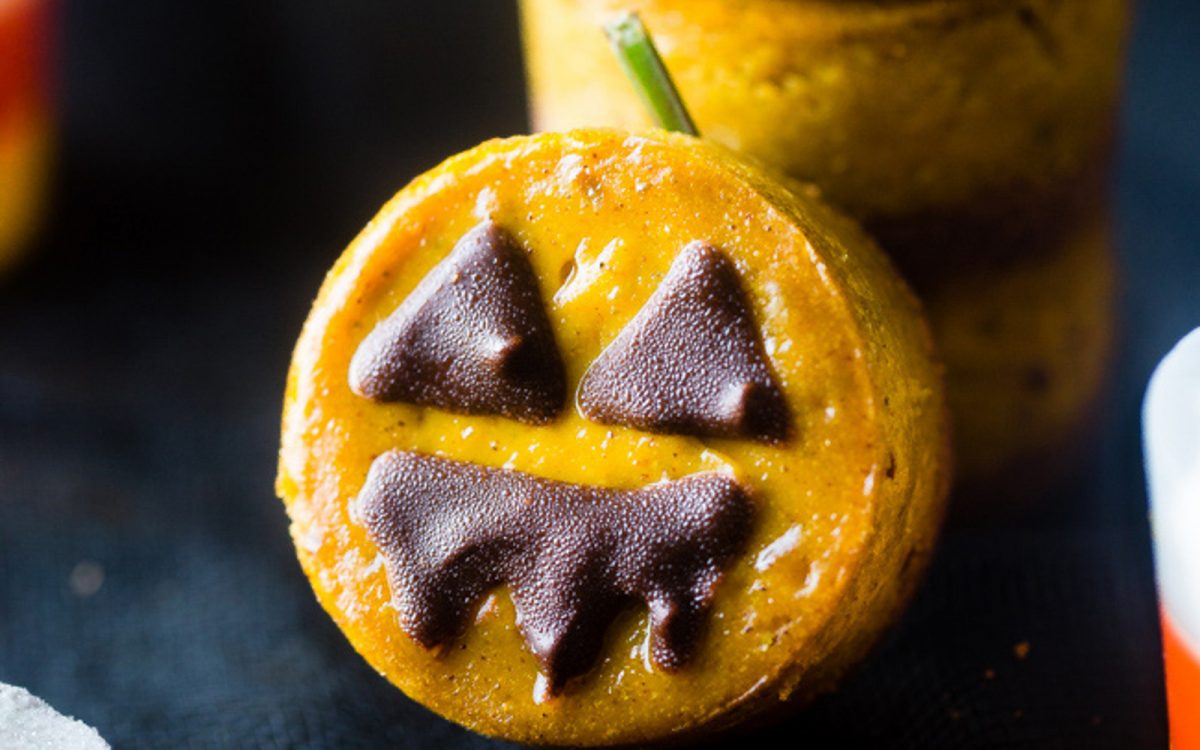 These magical-in-your-mouth bites of ultimate creaminess with a crunchy chocolate crust and a sprinkle of straight-up cuteness are basically going to be your newest Halloween treat obsession. Nothing can compare to the spicy bursts of cinnamon and caramel-y coconut sugar and a ridiculously smooth toasted cashew cheesecake filling on top of the richest, crunchiest chocolate crust ever. Finish it up with cute jack-o-lantern faces made from melted chocolate, get creative, and have fun!

For the Jack o' Lantern Face: