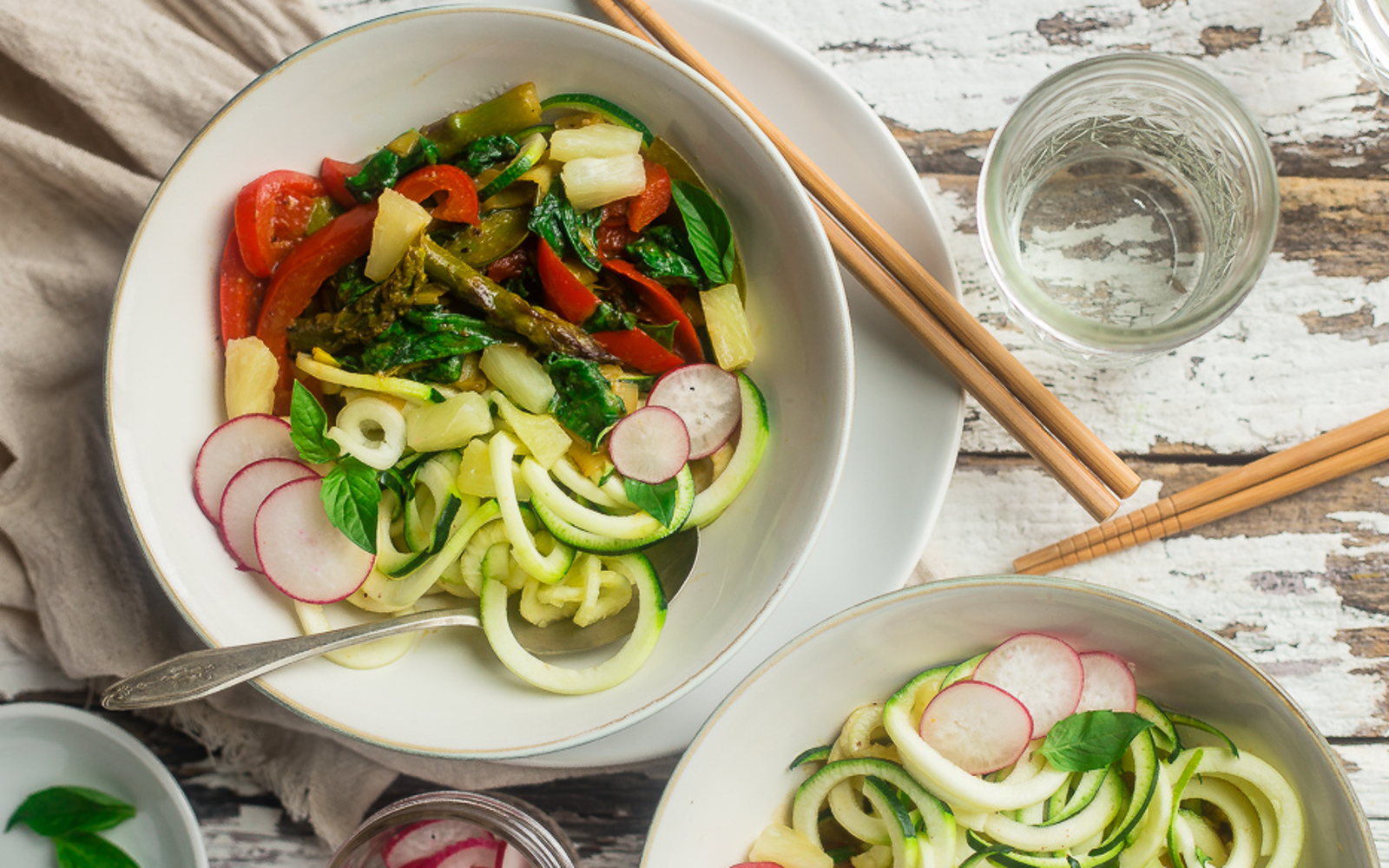 These easy vegan and paleo-friendly bowls are made with pineapple, spring veggies, zucchini noodles and a creamy green coconut curry sauce! Perfect for Meatless Monday and low in calories! A bowl of straight-up spicy sweet deliciousness being delivered right to your veggie-munchin’ mouth today!