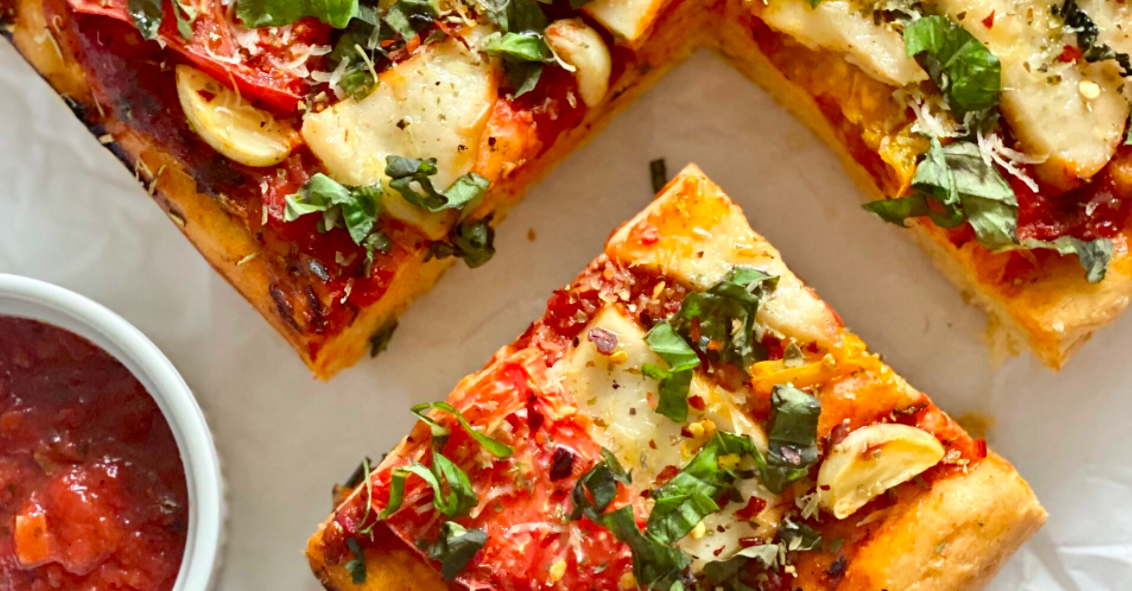 This foccacia pizza melds the pillowy-soft taste of focaccia and the deliciousness of pizza, all in one!

Dominique Ebra is based in Miami, Florida, and is passionate about creating delicious vegan recipes for her community and spending time with her four doggies.