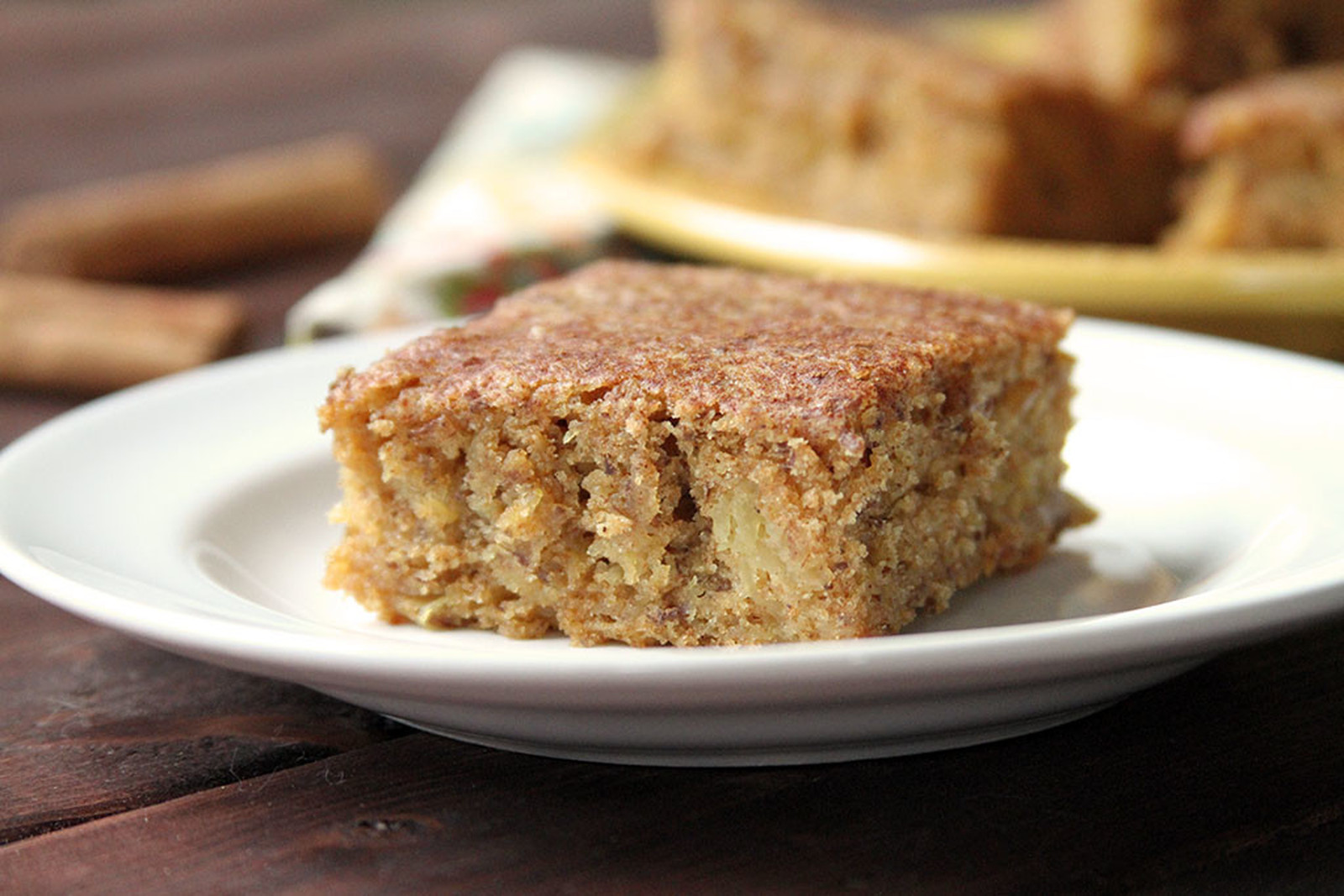 This cake is a game changer, folks! If you thought you had nothing left to do with squash, you clearly haven't tried this cake yet. The squash, once baked, is quite sublime and really the only flavor that really shines is the cinnamon and spices. It’s such a warming snack cake and is a pretty interesting way to use up some leftover squash.

Total Calories: 1026 | Total Carbs: 118 g | Total Fat: 62 g | Total Protein: 21 g | Total Sodium: 1441 g | Total Sugar: 17 g Note: The information shown is based on available ingredients and preparation. It should not be considered a substitute for a professional nutritionist’s advice.

Delicious, nutritious dishes to help you feel your best.

Chrysta Hiser is the creator behind the vegan food blog, Noshed. She currently resides in sunny Austin, Texas where she spends her days creating dishes that not only taste delicious but are packed with nutrients that will help you feel your best. Chrysta is passionate about nutrition but also has a love for strength training and enjoys being as active as possible. When she is not tearing up the kitchen or lifting heavy objects you can find her studying or hanging out with her husband and two kitties.