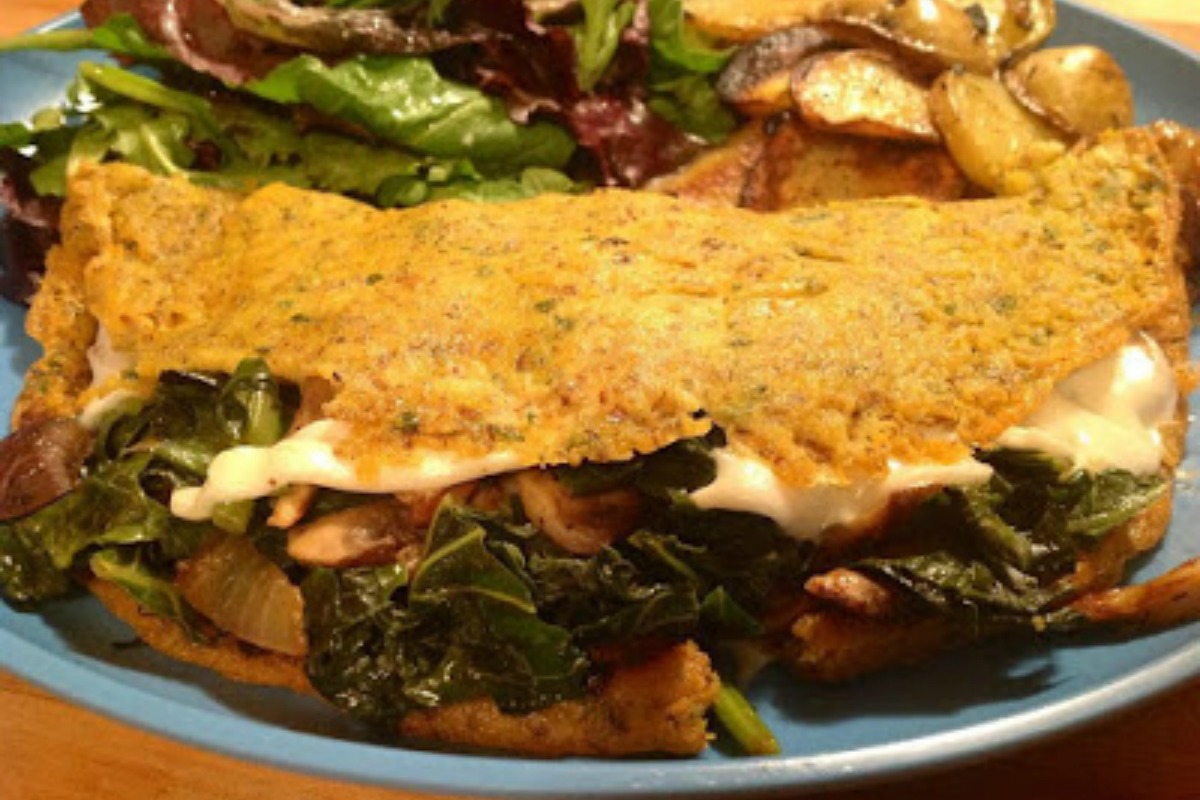 I was never a big breakfast eater. No, let me rephrase that. I didn’t eat breakfast often but when I did, it was a big breakfast usually at the neighborhood diner on Sunday. But when I learned that the dairy and egg industries were as cruel, if not more, than the meat industry, I knew I had to become vegan. This chickpea omelet is light and fluffy. It has some of its own flavor but not so much that it competes with the fillings. My favorite fillings are greens (kale, collards, spinach) and vegan mozzarella or Swiss. I added mushrooms in this as well since it was a dinner omelet.