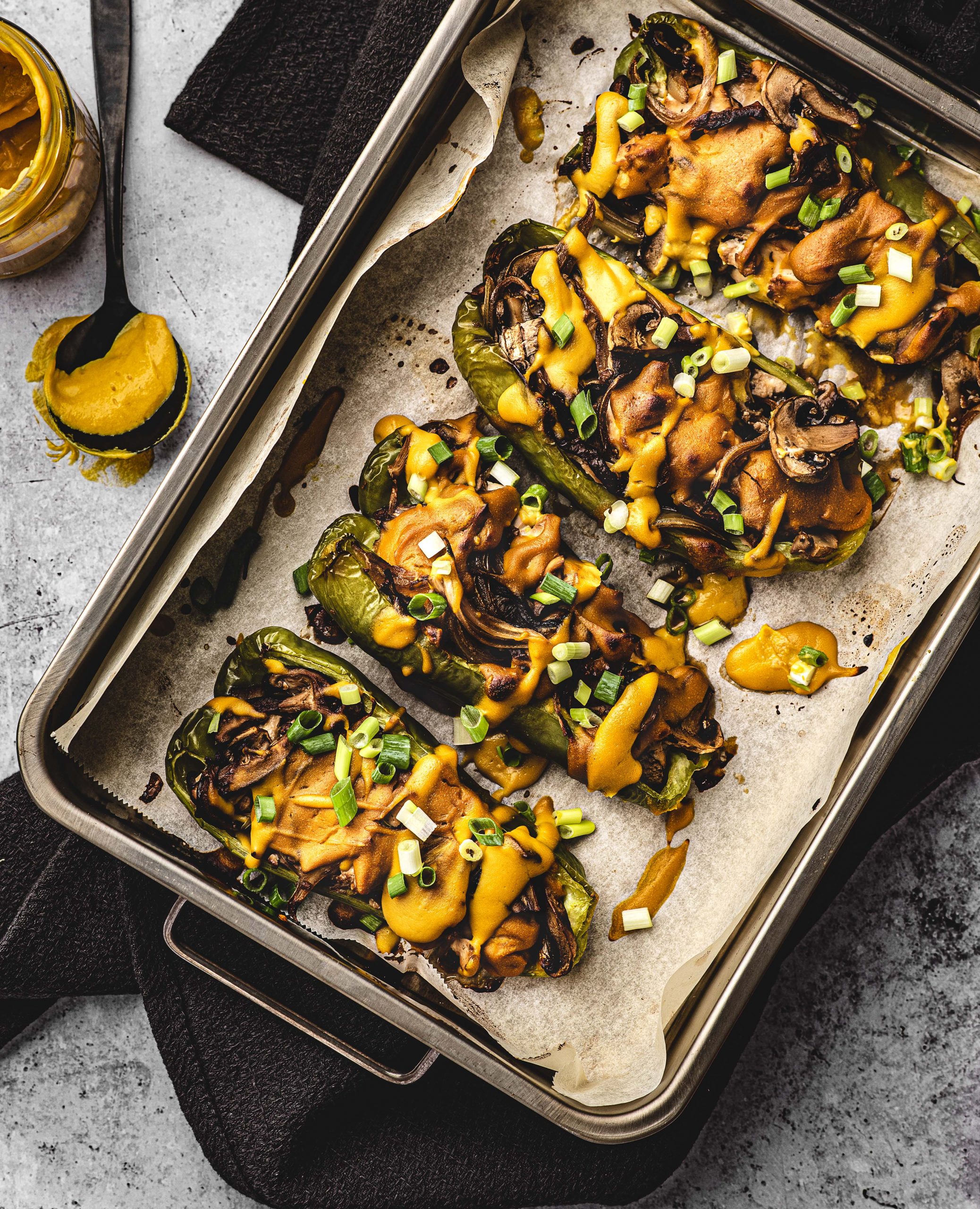 The pepper is vibrant and fresh and adds a delicious new take on this nostalgic classic. This is also a super fun one for dinner dates as it’s a nice little conversation starter, with it being a twist on an old standby.

As vegan cheeses go, they have come a long way but they still are not the same as traditional dairy cheeses. If you can’t find vegan cheddar shreds, use mozzarella or whatever you can find. If you prefer provolone, which is often used on a typical cheesesteak sandwich, there is a brand of vegan provolone slices. Cut them up and use in place of the shreds. It’s not that serious. Swap out vegan cheese variations as needed for the same ooey gooey cheesesteak results!