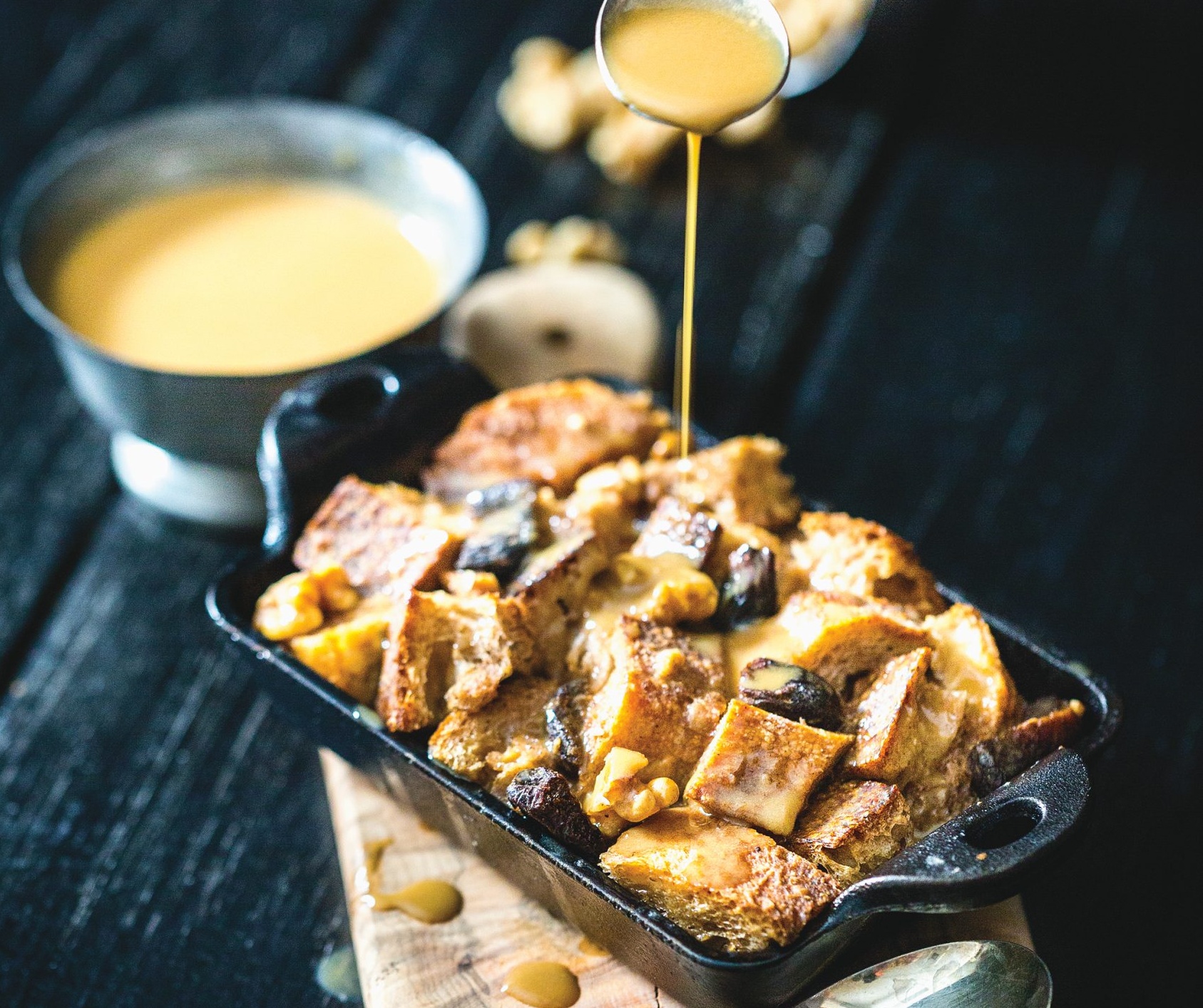 Fellow carboholics know that bread pudding is just the ultimate way to consume bread. Pieces of bread baked in a sweet, creamy sauce? Yeah, it’s one of the best things ever. This bread pudding is baked with dried apricots, walnuts, and homemade butterscotch sauce. Then it’s drizzled with even more butterscotch sauce. Carbolicious and compassionate.

For the Butterscotch Sauce:

- You can switch out the dried apricots for figs, dates, or raisins. - The walnuts can be switched for pecans, almonds, cashews, hazelnuts, or chocolate chips!

A self-described former “die-hard cheese nerd,” Kristy Turner is now the writer, recipe developer, and food stylist behind the vegan food blog Keepin’ It Kind. Once a professional fromagier and mutterer of the words, “I could never be vegan,” Kristy now loves her compassionate lifestyle and works with her photographer husband, Chris, to make veganism accessible, fun, and delicious for everyone.