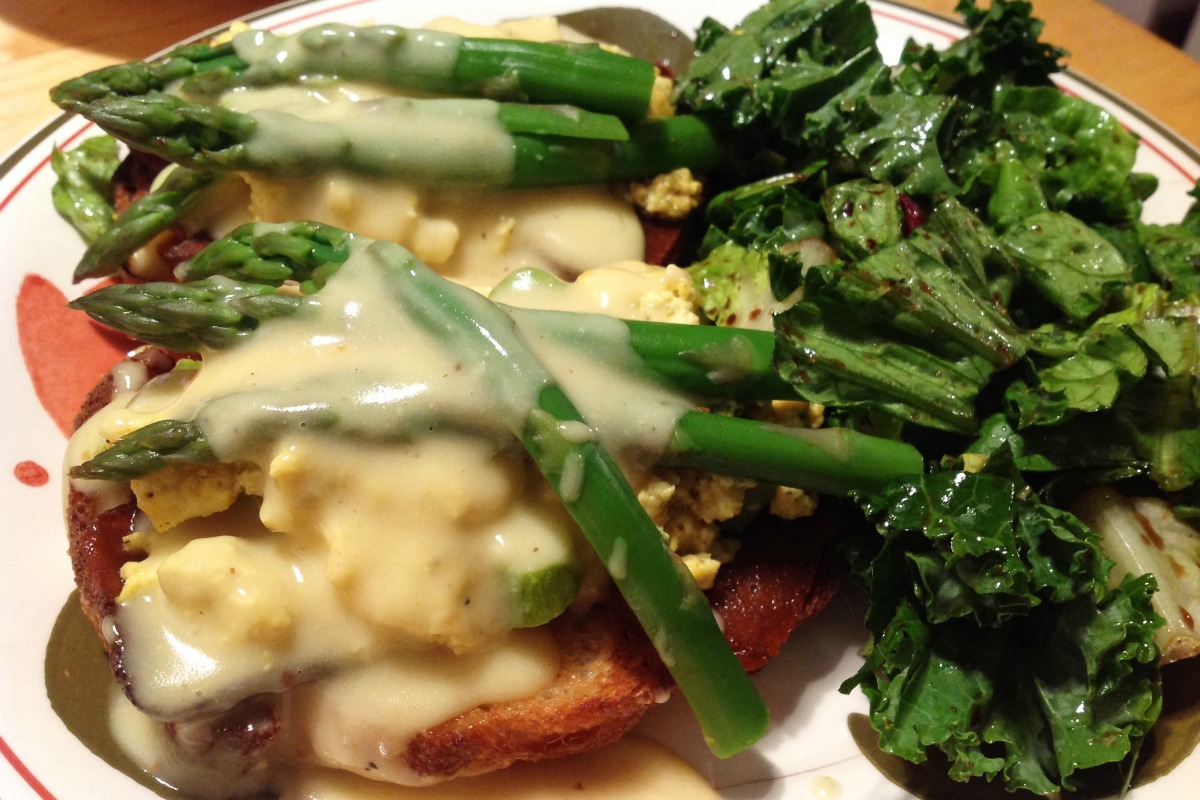 While reading the April issue of Everyday with Rachael Ray, I saw a recipe for Tartine with Asparagus and Eggs. A tartine is a French open-faced sandwich – the French version of bruschetta. Same difference. Anyway, the dish in the magazine looked so pretty, so fresh and so delicious, I had to make a vegan version of it and then go further to make it even more my own since the only thing I really had to veganize was the scrambled eggs.

To make the Light Hollandaise Sauce: To make the tartines: To assemble:

Total Calories: 2,189 | Total Carbs: 193 g | Total Fat: 105 g | Total Protein: 115 g | Total Sodium: 4,855 mg | Total Sugar: 24 g Note: The information shown is based on available ingredients and preparation. It should not be considered a substitute for a professional nutritionist’s advice.