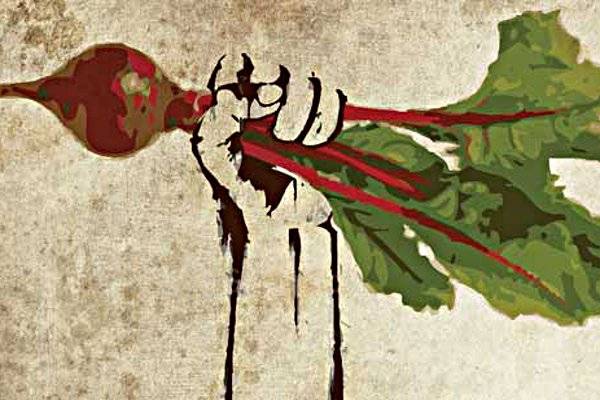 “The spiritual connection between animals and humans grows out of understanding that we are all expressions of eternal benevolent consciousness, and as we acknowledge this interconnection and live in harmony with it, our lives become prayers of compassion and healing.” – The World Peace Diet

In its spring 2013 newsletter, California-based health care provider Kaiser Permanente informed their 17,000 physicians about the healthiest way to eat: “Healthy eating may be best achieved with a plant-based diet, which we define as a regimen that encourages whole, plant-based foods and discourages meats, dairy products, and eggs as well as all refined and processed foods.”

That one of the largest health-care organizations in the U.S. is mandating its physicians and its hundreds of thousands of nurses, workers, and patients to emphasize a whole-foods vegan diet as the health baseline is remarkable in its implications. In many ways it is explainable due to the fact that unlike most hospitals and conventional medical organizations whose profits increase as their client base becomes sicker and buys more drugs and surgeries, Kaiser is more profitable when its member patients are healthier and costing them less. It’s quite obvious that as we institute economic incentives that reward good health, we’ll see corresponding increases in vegan education, and vegan living will be increasingly embraced by mainstream populations and institutions.

In fact, the vegan movement continues to gather momentum on a daily basis. We see an explosion of interest on the internet in plant-based recipes and foods, compassion for animals, and sustainable living. And of course, there’s also the corresponding increase in pushback! To the most deeply-rooted and reactionary forces in our culture—what I refer to as the military-industrial-meat-medical-pharmaceutical-media complex—veganism is seen as threatening. Ag-gag laws, “happy meat,” paleo fad diets, soy-bashing, aggressive dairy advertising, government collusion with animal agribusiness, and other phenomena are rampant, and both predictable and indicative of the increasing success of the vegan movement on every front.

The vegan movement is radical in the healthy and original sense of the word in that it questions the roots of our cultural programming. The greatest danger the movement faces is being co-opted and hijacked by wealthy and powerful mainstream forces and thus losing its revolutionary and transformational edge. As we are increasingly understanding, going vegan is far more than exchanging a few foods and so-called foods. It is questioning and rejecting basic principles of our culture’s official story, and embodying principles that are radically more healthy, equitable, and life affirming.

The story runs deep, and for some of us its grip is loosened by realizing that the heart disease, diabetes, cancer, kidney disease, or obesity that “runs in the family” is actually the direct result of eating the culturally mandated meals. For others, it’s a spiritual and moral awakening: suddenly or gradually recognizing the life and subjectivity of the nonhuman animals imprisoned and killed by our food choices. And for still others, it’s making the connection between animal agriculture and world hunger, or deforestation, or global climate breakdown, or environmental pollution, or wildlife extinction, that awakens us from the cultural trance.

Going vegan is probably the most exciting, liberating, and empowering thing that can happen to a person in our culture today. It’s still rare enough that it’s viewed with suspicion bordering on hostility by the shrinking majority trapped in the official stories of animal inferiority, human superiority, protein, calcium, and all the rest. But there’s no denying the fact that the tempo of awakening is increasing. James Cameron is the latest in an ever-lengthening list of celebrities who’ve gone vegan in a public way, and that’s because the changes are happening at a deeper level in the cultural subconscious, to countless numbers of the less visible multitudes as well. Our work at the grass-roots level prepares the cultural field of consciousness for the inevitable harvest of positive transformation.

As each of us awakens in this night of humanity’s colossal violence toward animals, we are profoundly challenged to respond to what is happening. Do we continue to contribute to and eat this violence, or do we conscientiously refuse to do so? The latter is the path of the vegan, and the path is becoming a well-traveled highway as more of us abandon the practice of supporting and causing death and misery, and, like leaving an unseen prison, head into a more conscious world that we are working together to bring into being.

An upcoming manifestation of all this is Veganpalooza 2013. My co-host Steve Prussack and I have been working on this for quite a few weeks, and indirectly, for years, even decades.  Everything I love and stand for can be summed in Veganpalooza: it is communicating the understanding that is bringing the positive evolution of compassion and health that is critical in our culture today.

Working with over thirty of the most committed, visible, and hard-working vegans on the planet, sharing their wisdom and experience, is inspiring, informative, and rewarding. We are honored to have with us in Veganpalooza this year the famed vegan activist and actor James Cromwell, recipient of the Celebrity Activist of the Year Award, who has been risking arrest for years on behalf of animals following his awakening while shooting the movie Babe.

It’s a blessing to be able to imbibe the distilled wisdom of James and the other remarkable vegan pioneers who have a platform on Veganpalooza to help humanity launch into the next phase of our collective evolution—people like Drs. Michael Klaper, Alan Goldhamer, Michael Greger, Richard Oppenlander, Melanie Joy, Karen Davis, and Marc Bekoff, as well as Heather Mills, John Salley, Scott Jurek, Dennis and Elizabeth Kucinich, Jenny Brown, John Pierre, Robert Cheeke, Lauren Ornelas, and many more, as we explore, expound, and expand the vegan message of kindness, health, sustainability, and freedom into our communities and into our world.

I thank these vegan pioneers, and I thank all of you for making the most significant effort we can make in our lives today: the effort to remove the toxic food program, question the violence on our plates and its reverberations throughout our world, awaken to our potential, and encourage others to do the same. Together, we are creating the more conscious and compassionate world that is always possible on this abundant and beautiful Earth.

See you soon at Veganpalooza!