Vegan Treats Takes the Cake: Named Amongst Top 10 Bakeries in the World 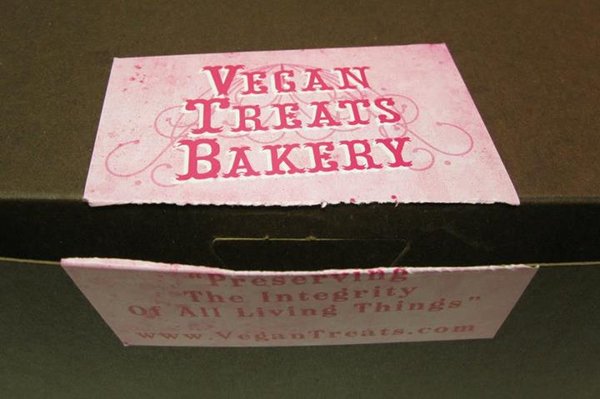 Vegan Treats of Bethlehem, PA, was named one of the top 10 bakeries in the world last Thursday. The small bakeshop weighed in alongside non-vegan establishments, assuring dessert-lovers that cutting dairy and eggs doesn’t mean giving up their favorite indulgences.

The ranking comes from Departures, an American Express travel magazine producing exclusive content for Platinum and Centurion cardholders. Vegan Treats is the only vegan establishment in a list that includes bakeries from New York, San Francisco, Vienna, Tokyo and Paris.

Satisfying the sweet tooth of course isn’t the only thing on Konya’s mind. The website for Vegan Treats includes a conservation page explaining the connection between deforestation, animal cruelty and the foods we eat. At this bakery, “Compassion has never tasted so delicious.”

The success of Vegan Treats could mean more establishments will be looking into cruelty-free, environmentally sound options that appeal to the ethical and nutritional concerns of today’s consumers.