This is Bananas! A Fruit That May No Longer Be Vegan?! 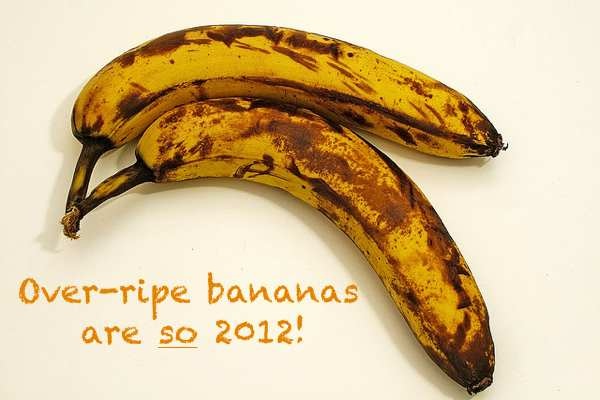 It’s a well-known phenomenon: there is a period of about 5 minutes where a banana is perfectly ripe. Crack it open too soon and and it’s hard, sappy, and nearly inedible. Wait too long and it’s a mushy, brown, spotted mess.

But no more! Scientists have now come up with a way to extend the shelf life of bananas!

A team of Chinese researchers has developed a coating consumers could spray on bananas to slow their ripening. Lead researcher Xihong Li, Ph.D. explained: “We have developed a way to keep bananas green for a longer time and inhibit the rapid ripening that occurs. Such a coating could be used at home by consumers, in supermarkets or during shipment of bananas.” He also noted: “We found that by spraying green bananas with a chitosan aerogel, we can keep bananas fresh for up to 12 days.”

But unfortunately, the so-called “hydrogel” is made from chitosan, a substance derived from shrimp and crab shells.

Gulp. That sounds like bad news for vegetarians and vegans, not to mention anyone with a shellfish allergy?!

Fortunately, it sounds like this hydrogel coating isn’t likely to hit store shelves any time soon. The study team is still experimenting with ingredients for commercial use. If they insist on messing with nature, hopefully they’ll at least come up with a plant-based alternative!

In the meantime, we suggest freezing those over-ripe bananas for use in delicious smoothies and vegan ice creams!

The Tianjin University of Science and Technology researchers presented their work at the 244th National Meeting & Exposition of the American Chemical Society earlier this week in Philadelphia, PA.