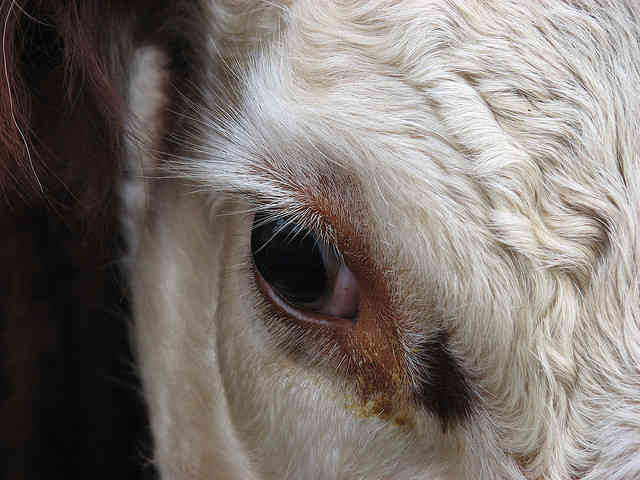 On Monday, the National Meat Association won their case before the Supreme Court, overturning  a California law meant to keep “downed” animals—those too sick and disabled to walk to slaughter—out of the American food supply.

In 2008, an undercover investigation of a dairy cow slaughterplant in California showed that downers were being dragged to slaughter for hamburger meat distributed to the Federal School Lunch Program. The Humane Society of the United States investigators documented workers dragging downed cows with chains, ramming them with forklifts, shocking cows repeatedly in the face and eyes, beating them, and even shooting high-pressure hoses up their nostrils—anything to squeeze every last bit of profit from these animals. The investigation triggered the largest meat recall in U.S. history—143 million pounds of beef—for violations of food safety regulations meant to protect the public from bovine spongiform encephalopathy (“mad cow disease”).

The investigation prompted California to strengthen its laws to keep downer livestock out of the food supply. The meat industry—represented by the National Meat Association and the American Meat Institute—responded by suing the State of California to block the enforcement of the law on the grounds that only USDA had the authority to determine which animals are turned into meat. The California Attorney General argued that states should have the right to protect their citizens from the risks and abuses inherent in slaughtering downed animals. In response to the meat industry lawsuit, a federal judge temporarily blocked the enforcement of the downer ban, but the Ninth Circuit Court of Appeals overturned the decision and reinstated the law. So the National Meat Association took it to the Supreme Court and this week they won.

The handling of downers is not just an animal welfare issue. Inability to stand can be a symptom of disease that could threaten public health. Compared to those able to walk, downed cows were found to have 3 times the prevalence of E. coli O157:H7, the strain that kills dozens of Americans a year. The researchers concluded “downer dairy cattle harboring E. coli O157:H7 at slaughter may be an important source of contamination and may contribute to the health risk associated with ground beef.” A single downed cow infected with such a pathogen could theoretically contaminate more than 100,000 hamburgers with an infectious dose.

Downer pigs and sheep may also present a food safety risk. Downed pigs have been found to have 16 times the odds of antibiotic resistant Campylobacter infection, the most common cause of bacterial food poisoning in the United States. Allowing downer pigs in the food supply, concluded one team of researchers, “potentially endangers public health.”

Even if one doesn’t eat meat, more than half of downer pigs tested in the Midwest were found to be actively infected with swine flu, both the classic swine flu virus and the triple hybrid mutant that led to the 2009 human pandemic that killed more than ten thousand Americans.

Other human pathogens linked to downed farm animals include anthrax, Salmonella, and mad cow disease. At least two-thirds of the 22 mad cows so far discovered in North America have been downer cows. Though the riskiest tissues—the brains, eyes, and spinal cords—of most cattle are now excluded from most food items in the United States, there may be contamination of muscle meat via aerosolization of the spinal cord during carcass splitting. Significant amounts of central nervous system debris found accumulating in the splitting saws used to halve the carcasses may have the potential to then transfer contagion from one carcass to the next. Although, technically, processors are instructed to knife-trim “material grossly identifiable as brain material, spinal cord, or fluid from punctured eyes,” researchers have reported finding nervous tissue contaminating muscle in a commercial slaughter plant. Contamination of meat derived from cattle cheeks with brain tissue can also occur if the cheek meat is not removed before the skull is fragmented or split. Finally, captive bolt stunning, the predominant method used to render farm animals insensible before being bled to death, may blow a shower of embolic brain tissue into the animals’ bloodstream. Texas A&M University researchers found bodily brain fragments as large as 14 cm. The researchers concluded that mad cow pathogens could potentially be “found throughout the bodies of animals stunned for slaughter.”

An unequivocal ban on the slaughter of downed animals for human consumption would remove the incentive for the meat industry to transport and torment these animals rather than euthanize them, and thereby bolster the safety of the food supply. Sick animals can lead to sick people.