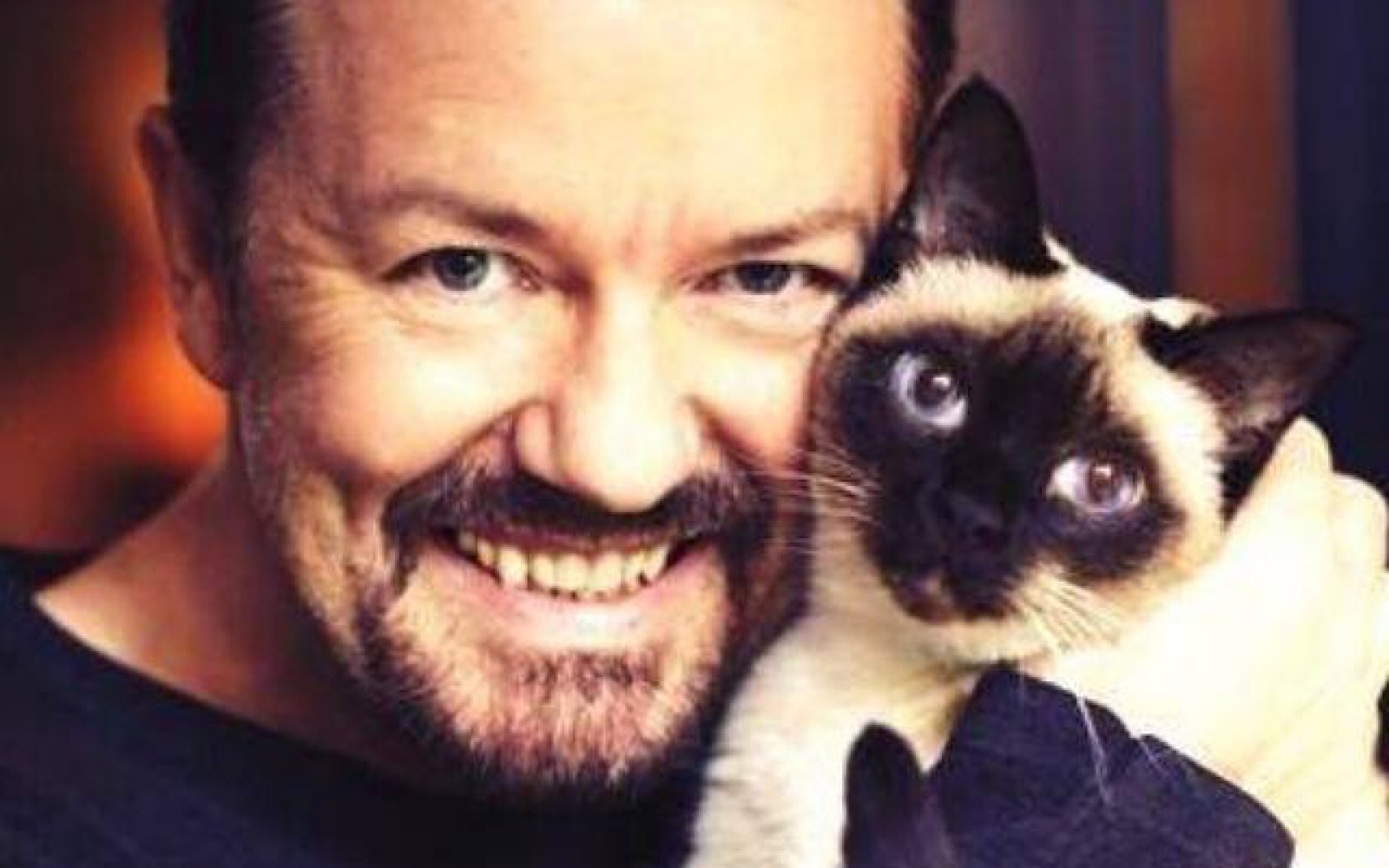 Always a proud vocal advocate for animal rights, Ricky Gervais has spoken out regarding a number of animal welfare issues, including trophy hunting, fur farms, animal testing, wild animal captivity, and topics surrounding companion animals, like leaving dogs in hot cars and promoting adoption. He even donated profits from his comedy tour to help animals and was the recipient of a prestigious animal welfare award. And now he has taken to social media to support a new proposed ban on puppy mills in the UK!

In a post shared across social media platforms, accompanied by an adorable photo of a pup, Gervais stated, “This weekend plan a visit to your local rescue shelter, where your new best friend is waiting for you. #adopt #rescue #LucysLaw Pup Aid” 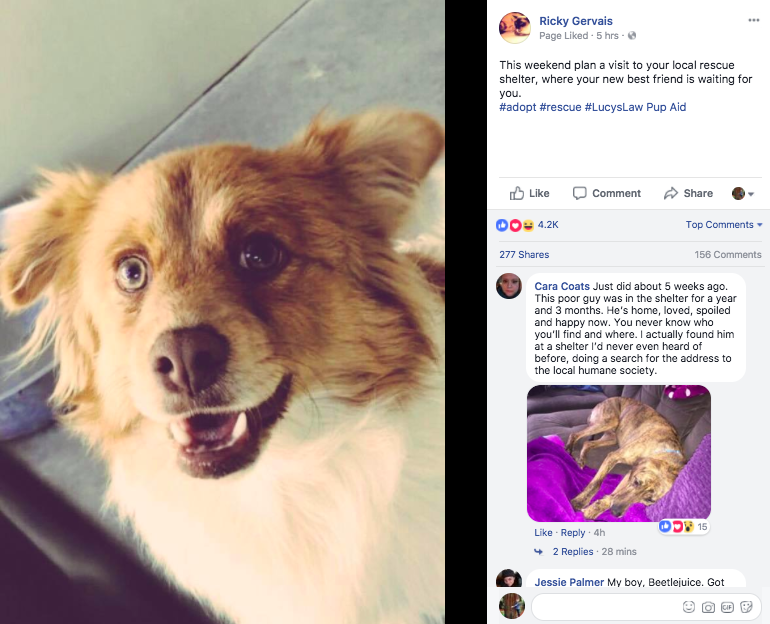 What is “Lucy’s Law”? Named after a survivor of a Welsh puppy mill, a female Cavalier Spaniel who gained online stardom after being rescued, Lucy’s Law demands a ban on puppy sales by pet shops and other businesses who work with puppy mills. Founded by Brighton veterinarian Marc Abraham and launched in Parliament in December 2017, it has received widespread support from all parties and animal welfare organizations. If passed, puppies will only be able to be sold if they are with their mothers, or adopted from rescue shelters. Lucy’s Law intends to raise awareness about puppy mills and put an end to them once and for all.

A big thanks to Ricky for using his position of fame and influence to promote pet adoption and speak out against puppy mills!

Many people are still unaware of the brutality involved in puppy mills, which are essentially animal breeding factories where innocent dogs, cats, and other small animals are typically forced to live in squalor in filth, stacked in cages on top of one another, rarely if ever seeing the light of day, and forced into a life of constant breeding, pregnancy, and nursing. Those no longer deemed suitable for breeding or selling are discarded like mere objects and the health and well-being of the animals go ignored as profit is the primary concern.

Take a cue from Ricky and encourage pet adoption by sharing this with your friends and family!