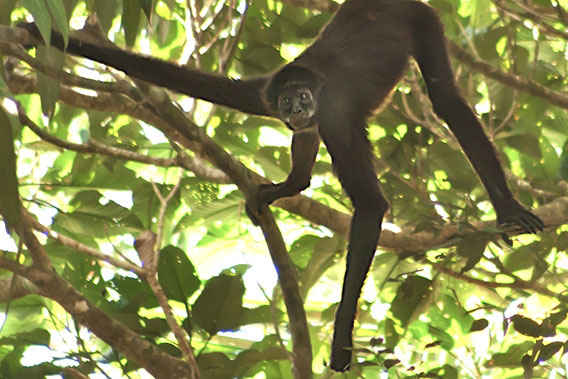 A brown nosed spider monkey subspecies, recently thought to be locally extinct, was found in its habitat of Selva de Florencia National Park, in Colombia.

This spider monkey has declined in numbers by eighty percent over the past 45 years due to hunting and habitat destruction. Attempts to find the monkey previously failed because of armed conflict in this difficult region.

The small size of the survey that led to this discovery added to the joy of finding the endangered monkeys.

In the words of Nestor Roncancio of the Wildlife Conservation Society’s Latin America and Caribbean Program, “We were very surprised because, despite believing it was possible that the monkey was there, we knew it would be very unlikely to see it on such a short trip and due to the difficult terrain

“This was a very emotional moment.”

A spotting of the spider monkey from a local farmer sparked the expedition. Roncancio and his colleagues are now putting conservation efforts in place.