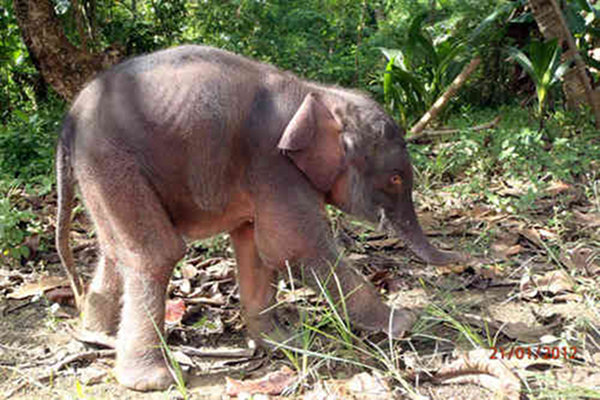 A pygmy elephant was rescued on Borneo by Malaysian wildlife authorities. The calf was under a month old, and had been stuck in a deep moat outside of a palm oil plantation in Sabah state. The calf was in a serious condition and was most likely left behind by his mother after she was forced to save her own life.

According to senior official of the Sabah Wildlife Dept. Sen Nathan, “He suffered severe dehydration and cuts and abrasions, probably while trying to get out of the moat.” This is the fifth calf of this kind rescued since 2009, out of which only a female was able to survive. That calf has since recovered and is living at a wildlife park.

As the name would suggest, pygmy elephants are smaller than their mainland cousins, and currently there are only 2000 of the species left in the wild.

Luckily, a sanctuary for the elephants has been proposed in Borneo and is set to be completed by the end of the year. According to Discovery.com, “The sanctuary will be funded with 5.3 million ringgit (U.S. $1.7 million) from industry body the Malaysian Palm Oil Council and 1.5 million ringgit from NGO the Borneo Conservation Trust.”

Deforestation in the region makes the sanctuary all that more paramount on the small island of Borneo.