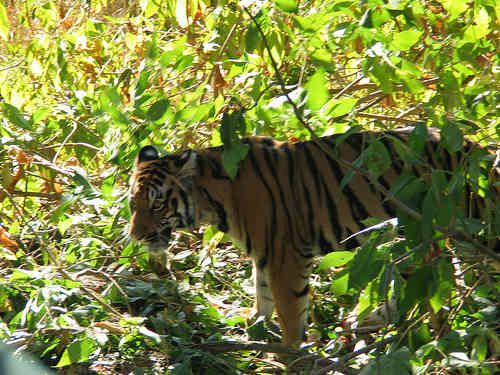 Almost half of the world’s population of tigers live in India and sanctuaries are stepping up efforts to protect this endangered species. By improving the training of commandos entrusted with protecting the species, India aims to combat poaching in 15 reserves around the country.

Commandos who patrol the reserves in an effort to prevent poaching will complete a three month training course to become members of the 54 member “Special Tiger Protection Force.”  As conservation officer B.K. Singh explained to to Voice of America, “[A] special course was designed for them to have combat training so that they can raise arms and fight the armed gangs, etc., who we generally come across every now and then in our tiger reserves… they will be equipped with proper arms,” says Singh. “Hitherto our performance in capturing the armed guys has not been up to date, not been to our satisfaction.”

Nearly 1,700 tigers live in India and the hope is increased training of officers serving in protection roles in India’s tiger sanctuaries will serve to better protect the endangered species.