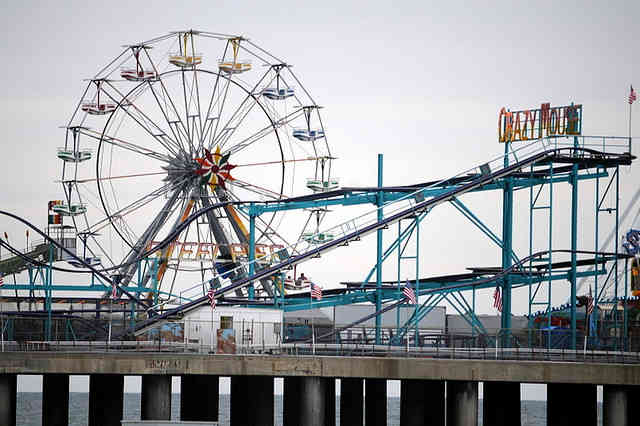 The recent announcement of the 100 million dollar makeover at Atlantic City’s famous Steel Pier, which would include the return of a diving horse show, has led to widespread outrage amongst animal rights activists.

The diving horse act existed from the early 1920s to the 1970s and featured a horse and a rider leaping into a 12-foot deep tank from a platform 40-feet in the air.

Animal rights activist allege that the act is cruel, because the horses are terrified and have no choice, except diving from the platform when they reach the end of the ramp. The Humane Society of the United States released a statement saying that they “emphatically oppose equine diving acts, which subject the animals to inhumane and potentially abusive situations in the course of their training, transport and performance. The stress and trauma endured by these animals, in addition to the risk of injury to them, make these acts unacceptable.”

In response, Anthony Catanoso, president of Steel Pier Associates told CBS News, “I would never allow an act on the pier to be in any way inhumane or abusive to animals. The fact of the matter is, the horses are not forced to do it. They are never harmed. There is no documentation of an animal ever being harmed in the 50 years they did it on Steel Pier — or certainly when we did it in 1993.”

Activists have launched an online petition on Change.org, asking Catanoso and others in a position of influence to cancel plans to bring this event back after so many years. The petition gathered nearly 10,000 signatures in less than a day.

Sign the petition today, to help stop this cruel act from returning.