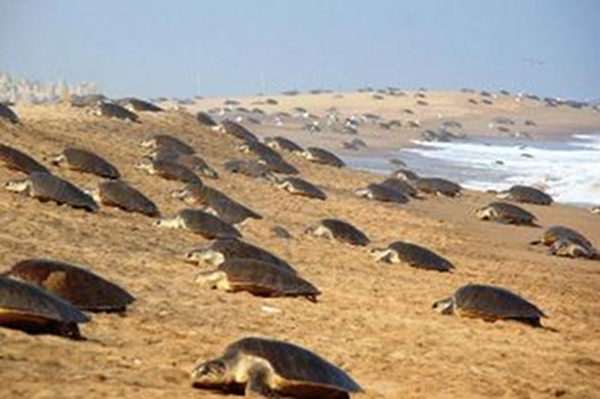 Right to life. Unfortunately the Olive Ridley Sea Turtles are fighting for their lives in the Odisha coast, India. Together we can prevent this suffering. Now it’s a race against time, as mortality of Olive Ridleys is worst along the coast of Odisha; with highly unsustainable fishing effort and habitat destruction, these beautiful species are on the verge of extinction.

This species is especially known for its mass nesting or arribada when several thousands of turtles migrate to the breeding ground to mate and nest. Olive Ridley Sea Turtles in Odisha represents about 50 percent of its world population and 90 percent of sea turtles along the India coast comes to Odisha coasts for nesting.

The large-scale mortality of adult turtles every year in Odisha coast recorded during the study is a matter of utmost concern and need to be addressed immediately. Incidental mortality of Olive Ridleys is worst along the coast of Odisha; with arribada Olive Ridleys gathering to nest were unsustainable fishing effort is high. Since last 10 years, thousands or tens of thousands of Olive Ridleys have stranded dead on the Odisha beaches, presumably as a result of incidental capture in shrimp trawls. Apart from fishing related mortality, turtles face multifarious problems while they are in the coastal waters of Odisha. The polluted beaches make unsuitable for turtles to nests, the high predation by feral animals are hindrance in the recruitment of offspring and moreover, the anthropogenic activities are harmful for habitat and breeding of turtles. To counter the high mortality rate (to predators) and low survival rate (one in a thousand), these gentle creatures have been pushed towards the brink of extinction.

These species are playing an important role in oceanic ecosystems by maintaining healthy ecosystems, sustainability of fisheries, sea grass beds and coral reefs, providing key habitat for other marine life, helping to balance marine food webs and facilitating nutrient cycling from water to land. Additionally, sea turtles represent a unique set of characteristics and essential species for critical ecological processes; and umbrellas, promoting the protection of large and/or critically important areas. Many of these habitats face mounting threats today.