New Stem Cell Research May Save the Snow Leopard 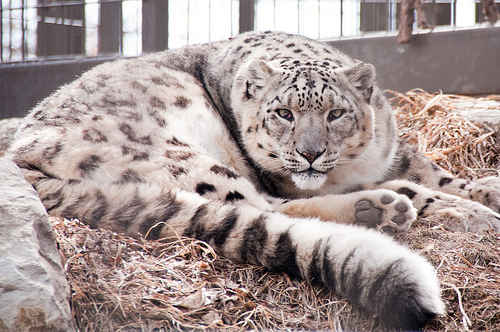 It is believed there are only between 3,500 and 7,000 snow leopards in the wild but a new study using never before obtained embryonic stem-like cells acquired from adult ear tissue could prove important to preserving the species. Cryopreservation of the induced pluripotent stem (iPS) cells genetic material may allow for future cloning and potentially save the species from extinction.

Dr Paul Verma who is supervising the project at Monash Instituate of Medical Research reported to ScienceDaily, “By generating these stem cells, we’ve taken the first step in creating reproductive cells from adult tissues of an endangered animal. In the future, we aim to harness the potential of the iPS cells and create off-spring. This would help save species from extinction.” Research with iPS cells from mice has successfully lead to new offspring.

Last year the Scripps Research Institute produced the first stem cell research with the intention of protecting endangered species, a primate, the drill,  and the nearly extinct northern white rhinoceros.