Mother Cat Takes a Bullet to Save Her Kittens 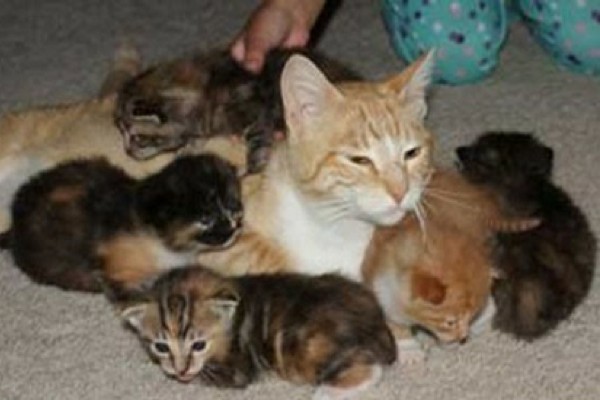 Earlier this week, rescuers from Helen Woodward Animal Centre found an abandoned mother cat and her kittens near Santa Fe, California. When they first arrived at the shelter, the mother cat, named Cindy, was very reluctant to leave her kittens.

The attending veterinarian, Dr. Oba noted: “They were all very tiny, malnourished, unvaccinated and very scared. It took a gentle hand to pull that momma away from her babies.”

After taking Cindy into surgery, Dr. Oba learned the reason for her behavior. The mother and her litter had apparently been shot at, and Cindy took the bullet! Dr. Oba removed a BB gun bullet from Cindy’s head.

Cindy and her kittens are recovering well, and are now up for adoption at the shelter.