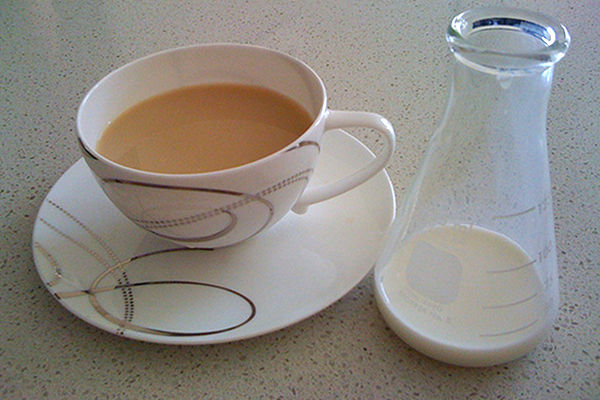 Tea is widely accepted as a tasty way to stay healthy, but some tea drinkers’ preference for adding milk to their hot beverage has raised some questions. NPR recently followed up on a 2007 German study on tea’s physiological effects and found that certain compounds in milk block the potential health benefits of tea.

The same study that showed black tea improves blood pressure also showed that proteins in milk called caseins diminish this effect. Milk proteins can bind with the flavonols in tea and make it difficult for the body to absorb these beneficial plant compounds found in antioxidants. Additionally, green tea is known to increase metabolism, and while it’s only a slight increase to begin with, when milk is added to green tea, the metabolic effect does not occur.

Although there’s still some debate as to whether milk cancels out all the physical benefits of drinking tea, one important point to take away from the findings so far is the significance of food interaction.

Some, for example, claim that added milk means more calcium is being consumed, but does the calcium argument for milk make up for dairy’s potentially harmful effects like digestive problems and even increased risk of cancer?

It’s tempting to stock the pantry and refrigerator with superfoods, believing that a single type of grain or fruit will cure cancer, diabetes or heart disease. The reality is that nutrients interact together in the body, producing different outcomes depending on the elements present.

Aside from physiological arguments, there’s another reason to drink tea without milk or cream: the appreciation of distinct flavors. Robert Rex-Waller, a certified tea sommelier at the Hyatt Hotel in Washington, D.C., suggests taking a sip before adding anything to your next cup.

Consuming anything without added sweetness is a struggle for many of us today, but by enjoying tea without milk or cream, tea drinkers can truly appreciate their preferred hot beverage while getting the most from its health benefits.