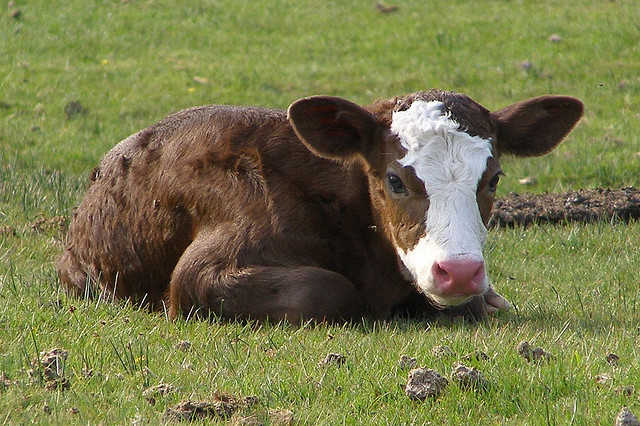 Janet Larsen from the Earth Policy Institute has written a great new article touching upon something we’ve covered here. Meat consumption in the U.S. may have peaked, and U.S. Department of Agriculture (USDA) statistics confirm this trend!

Data from the USDA shows that meat eating across the country fell from the 2004 high point of 184 pounds (83 kilograms) per person to 171 pounds in 2011. In addition, early estimates for 2012 project a further reduction in American meat eating to 166 pounds, making for a 10 percent drop over the eight-year period. Total U.S. meat consumption peaked in 2007 at 55 billion pounds and has fallen each year since. In 2012, consumption is expected to drop to 52 billion pounds, the lowest level in more than a decade.

Ms. Larsen rightfully points out that cultural factors have come into play as well along with higher prices and a weak economy. As we’ve reported before, people are deliberately choosing to eat less meat than before, often citing concerns about health, the environment, and the ethics of industrial meat production.

The signs of the changing times are everywhere. USA Today reports that Tanya Steel, editor of epicurious.com, saw the trend coming, pegging meatless meals as a top food trend for 2011. “More people, especially those over 65 and those under 30, are eating less and less meat and searching for high protein items to replace meat,” said Steel. “Tempeh, tofu, quinoa, lentils, eggs, peanut butter, nuts, soy, beans, as well as fish and shellfish, are all rising up in our search queries.” In addition, a recent survey on the popular food site Allrecipes.com related to “What American Families are Eating and Cooking,” uncovered that more than one-third of U.S. households ate less meat in 2011, mostly for health reasons.

In addition, as our recent article on the Huffington Post points out, the downward trend is not limited to beef and pork, but also includes poultry, eggs and milk.

There’s a new, humane, healthy and sustainable economy rising…be a part of it!