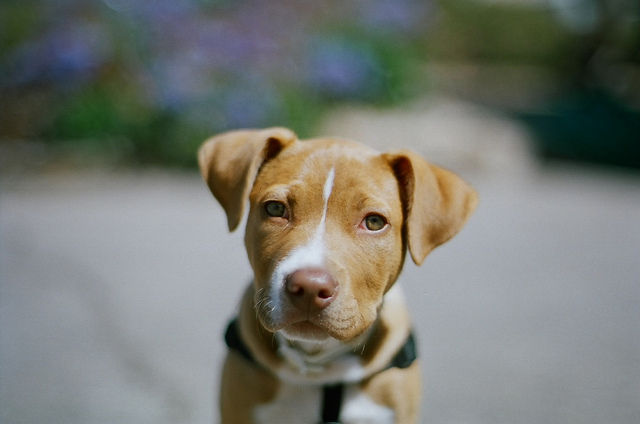 McDonald’s recently aired a Chicken McBites radio ad, which inluded “petting a stray pit bull” in a list of things riskier than “trying a new menu item at McDonald’s.”

The radio ad angered pit bull owners across the country and more than 8,000 fans of the breed joined a Facebook group called Pit Bulls Aganst McDonald’s to protest the ad.

In response to the outrage, McDonald’s decided to pull the ad, tweeting“the ad was insensitive in its mention of pit bulls. We didn’t mean to offend anyone and the ad is being pulled.”

Some critics said McDonald’s should also donate to pit bull causes, but there’s been no response from McDonald’s on this suggestion.

Pit bulls have been the unfortunate subject of a lot of stereotypes and breed-specific legislations in some U.S. states. In actuality, there is no breed which is more dangerous than any other. Almost any dog can be turned into a killer if it is starved, beaten, or trained with abusive methods. Conversely, with the proper handling, most dogs can be loyal, loving human companions, irrespective of their breed.

Want real danger that has the power to simultaneously damage human health, inflict unimaginable cruelty on animals and degrade the environment? Look no further than McDonald’s!

Below is an audio recording of the 30 second spot: