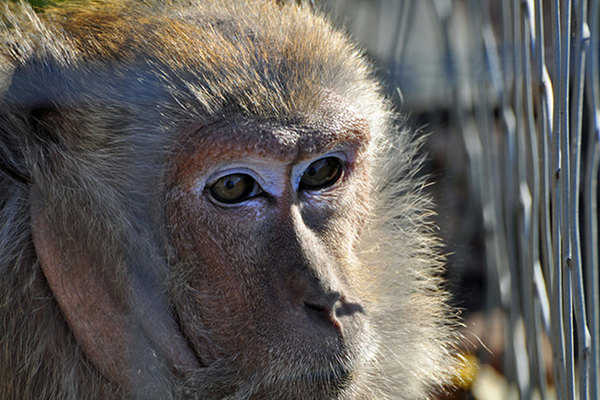 The animal rights group British Union for the Abolition of Vivisection (BUAV) has published shocking pictures and a video [WARNING: VERY GRAPHIC CONTENT] of hundreds of monkeys killed by a primate breeding farm in Mauritius.

The images show discarded dead monkeys stacked in piles on the floor or dumped in trash bins. According to BUAV, Noveprim breeding farm in Mauritius is a major exporter of as many as 10,000 moneys a year to the Europe and the U.S. The monkeys were killed at the farm because they had grown too big to sell (labs apparently only buy monkeys that are less that 7.7 lbs or 3.2 kgs)

“This is a cruel and senseless slaughter. It is unacceptable that monkeys who have been exploited for years are now simply discarded because they are of no further use to this company. These monkeys should be released into the wild so that they can live out the rest of their lives freely.” said Sarah Kite, BUAV’s Director of Special Projects.

BUAV has also launched a new Save Our Monkeys campaign to raise awareness of the plight of the long-tailed macaque in Mauritius and urges the people of Mauritius to support the BUAV’s efforts to stop the cruel trade and export of monkeys around the world for use in experiments.

You can also find out more information on the cruel trade in primates by visiting the BUAV primate campaign page and the BUAV’s undercover investigations page into the brutal primate trade.