Raju the Abused Elephant’s Former Owner is Trying to Get Him Back. Here’s What You Can Do to Stop It! 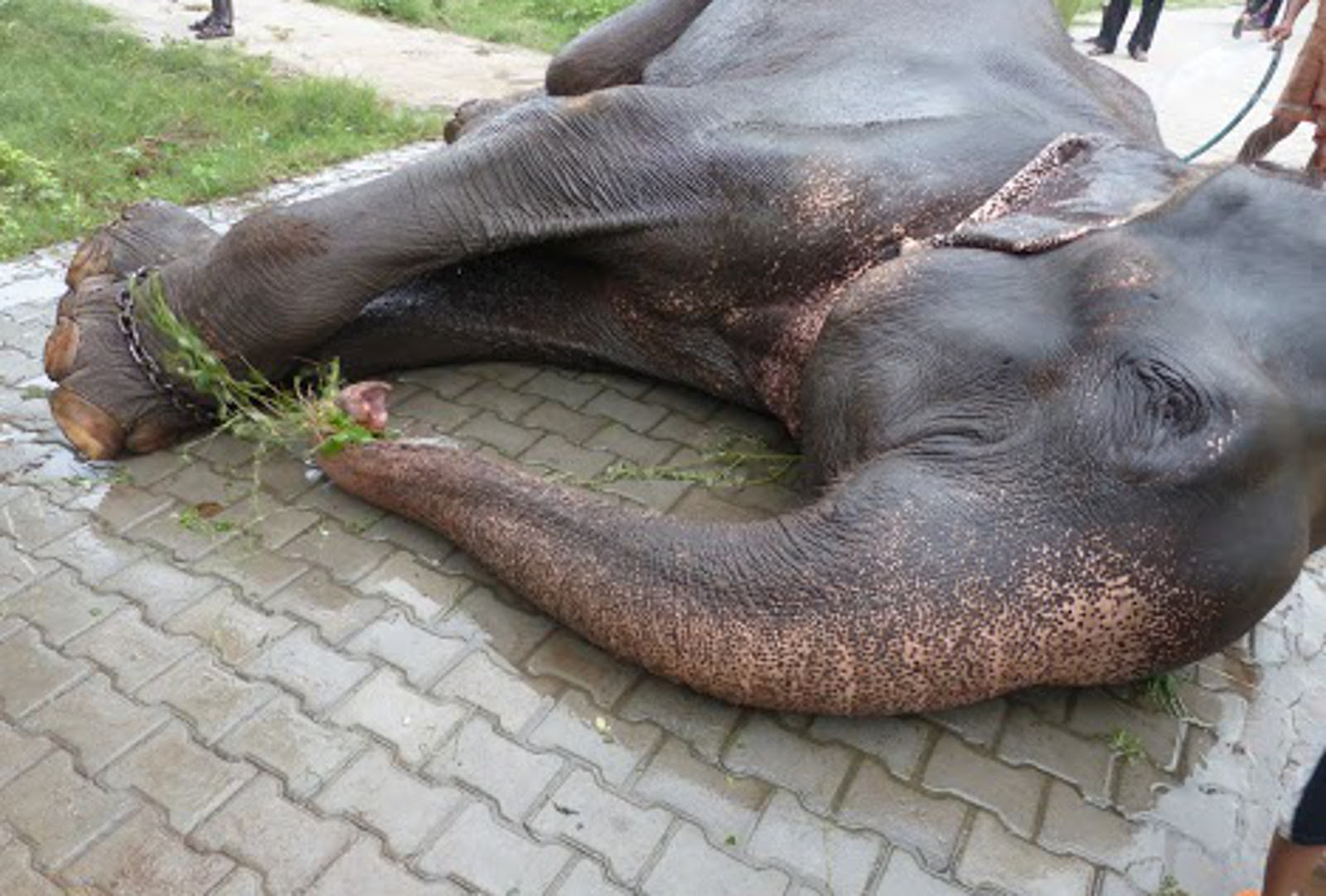 This news that Raju’s former owner is appealing to Allahabad courts for custody of the elephant he formerly abused, comes as both a shock and a giant face palm moment for anyone who knows this sad elephant’s story. Raju spent the past 50 YEARS in chains, serving as many as 27 different owners/abusers who use this gentle elephant as a begging prop. His daily  life consistent of standing on the street with his mahout, clad in spiked chains to prohibit him from moving. Raju survived by eating scraps of garbage left on the street.

Deprived of all basic needs of any living creature – not to mention virtually all the needs specific to his species, Raju’s life was a living hell. However, thanks to the hard work of Wildlife S.O.S. and a number of governmental officials, Raju was rescued from his captors. It is said he literally cried with happiness when his spiked chains were finally removed.

Since his rescue, Raju has been living (and thriving) at the Wildlife S.O.S. elephant sanctuary, finally able to receive proper care and a diet composed of edible, nutritious foods. But now Raju’s former owner has decided he wants Raju back.

You’ve got to be kidding, right?

Sadly, no. Raju was a highly profitable prop to his abuser, and he has approached the Allahabad courts pleading for custody of the elephant he illegally kept for years. To any human with even the smallest inkling of compassion, this request seems absurd and unacceptable. Why would illegally holding an animal and abusing them everyday they were in your care be grounds for custody, we do not know. It seems like a no-brainer to us, but unfortunately, this is yet to be seen in the eyes of this court.

Thousands of people took to action to help free Raju, and now it is time to renew that support and help ensure he stays free from his former mahout. Just as the cruel person who imprisoned Raju is appealing to the government, so are we. You can show your support for Raju by urging Shri Akhilesh Yadav, the chief minister for the Government of Uttar Pradesh and Dr. Rupak De, the chief wildlife warden for Uttar Pradesh Forest Department, to deny Raju’s captor’s request, by signing and sharing this petition.

The Allabahad Government helped to free Raju, so now it is their responsibility to keep him free.