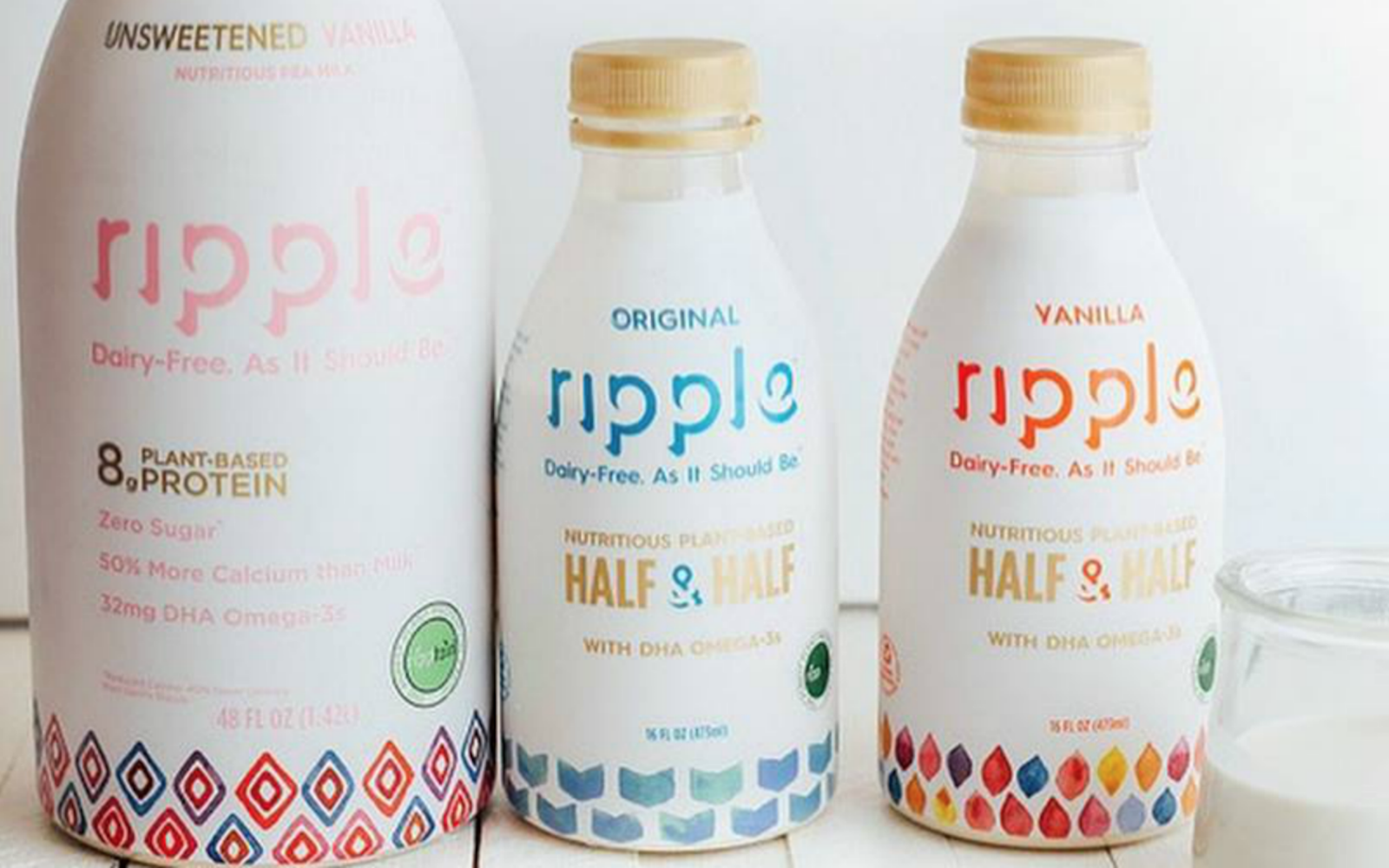 Yet another sign that cow’s milk will soon be a thing of the past! Silicon Valley start-up Ripple Foods just recently closed a $65 million capital funding for their pea protein dairy products, including an investment from Goldman Sachs. According to Bloomberg, the funding road was led by Euclidean Capital and also included funding from Khosla Ventures, Fall Line Capital, and S2G Ventures.

Ripple Foods total funding is now up to $110 million, an impressive feat for a company that is only two years old. While the company may be young, Goldman Sachs interest in Ripple Foods isn’t surprising. Ripple’s pea protein milk saw substantial growth hitting 300 percent in one year alone. The company has also introduced a half and half, greek yogurt, child-friendly milk – and a dairy-free ice cream made with pea protein are in the works.

The power of pea protein doesn’t seem to be slowing down anytime soon, which is great considering just how much protein this little vegetable has. Unlike whey, pea protein is considered a clean alternative that packs all the punch without the added animal welfare and environmental concerns. Not only does Ripple milk boast lower sugar content than most other milk, it uses 25 times less water than milk to produce and has half the carbon footprint.

As you can see by the rapidly rising numbers in the dairy-free markets as a whole, consumers are actively looking for healthier alternatives to dairy proteins. This is a trend seen both domestically and globally with the plant-based milk market set to hit $16.3 billion in 2018. More and larger food companies such as Whitewave, Maple Leaf, and Pinnacle Foods, are investing and expanding the dairy-free products and brands under their umbrellas. No wonder Goldman Sachs wants in on Ripple Foods!

“We are proud to invest in a company that has one of the fastest-growing plant-based product lines,” said Kathy Elsesser, Goldman Sach’s global chair of consumer retail and health-care groups.

We can’t wait to see what’s in store for Ripple Foods next!

Interested in learning more about Ripple Foods and their takedown of the dairy industry? Check out co-CEO Adam Lowry on a recent episode of #EatForThePlanet with Nil Zacharias, discussing the company’s mission to make healthy, sustainable food that actually tastes good!