Dolphin and Whale Consumption on the Rise in Poorer Countries 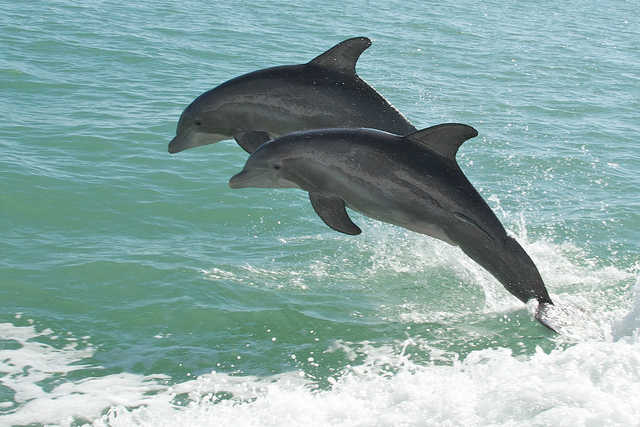 A new joint report between the Wildlife Conservation Society in Alaska and the Okapi Wildlife Associates in Quebec, Canada, has revealed that several poorer countries including Africa, Brazil, India and the Philippines, are turning towards cetaceans such as dolphins, whales and manatees to feed their families.

“This is essentially a bushmeat problem,” Martin Robards of the Wildlife Conservation Society in Alaska told New Scientist. Robards worked with Randall Reeves of the Okapi Wildlife Associates in Quebec, Canada, to compile the first comprehensive report of the types and numbers of marine mammals consumed each year. Their review of some 900 sources found that large-scale whaling has decreased in the last four decades, but that doesn’t mean marine mammals are out of danger.

Since 1990, people in at least 114 countries have consumed one or more of at least 87 marine mammal species. Although changing social, ecological, or political circumstances are leading to reduced killing and consumption of marine mammals in some regions, in other regions the prevailing socio-economic conditions and new technologies are leading to increased killing and consumption, particularly of small cetaceans.