Hope For Paws recently rescued a very special dog – the biggest one the team has ever saved. The lucky giant, 110-pound Saint Bernard mix Gershwin, was found at a truck stop where he was trying to survive on his own for about two months after someone had abandoned him in the middle of nowhere. In the great heat, he was living with no regular access to water nor food. Fortunately, he came across a kind person who contacted the rescue and then waited two and a half hours for the team to arrive.

Although so big, the dog was very afraid of people and did not want to get near the rescuers. Finally, one of the rescuers, Loreta Frankonyte, approached Gershwin on her own, luring him with food. When she tried to get hold of the huge dog, he dragged her across the grass, but the brave rescuer did not let go.

“I have never been more nervous in my life,” she wrote on her Facebook page. “My heart was pounding, my knees were shaking, I was alone and I only had one shot! It was also 107 degrees outside and I sat on sewer watered grass and then got dragged around. I had blisters on my hands and grass cuts all over my legs.”

Finally, the team managed to capture Gershwin and calm him down – and he was happy to begin his journey to the rescue. The dog was suffering from a serious infection in his shoulder, but, luckily, its treatment was a complete success. Now Gershwin is a happy and energetic dog who only waits for his forever home – one as amazing as Gershwin himself! 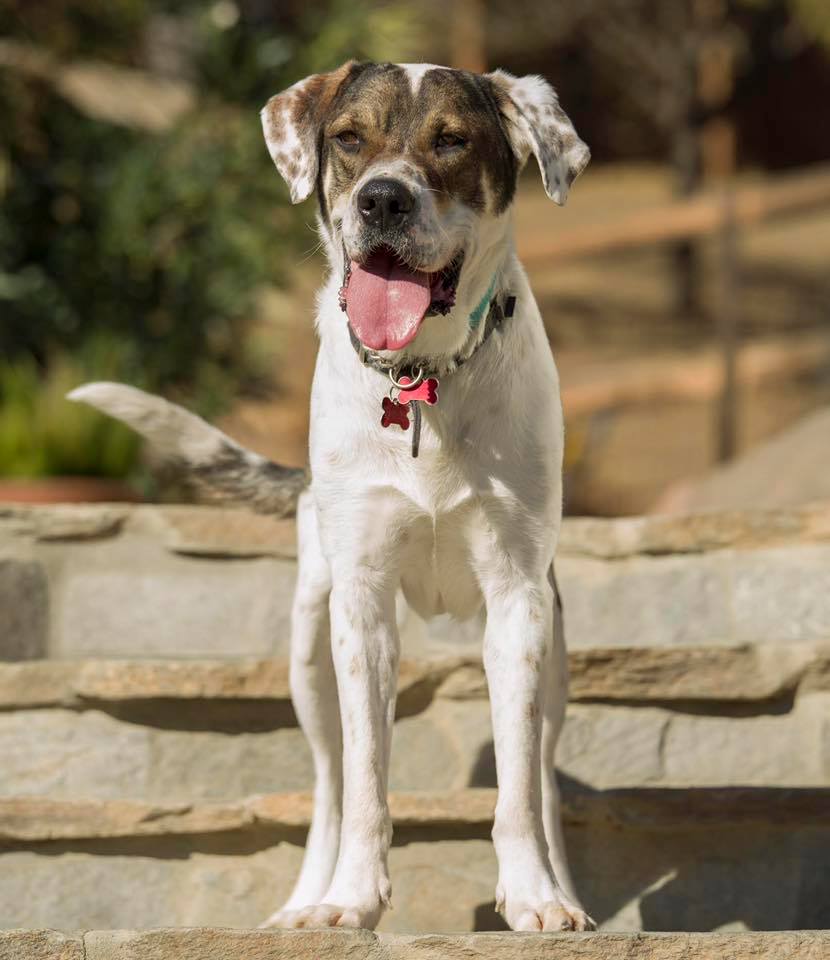