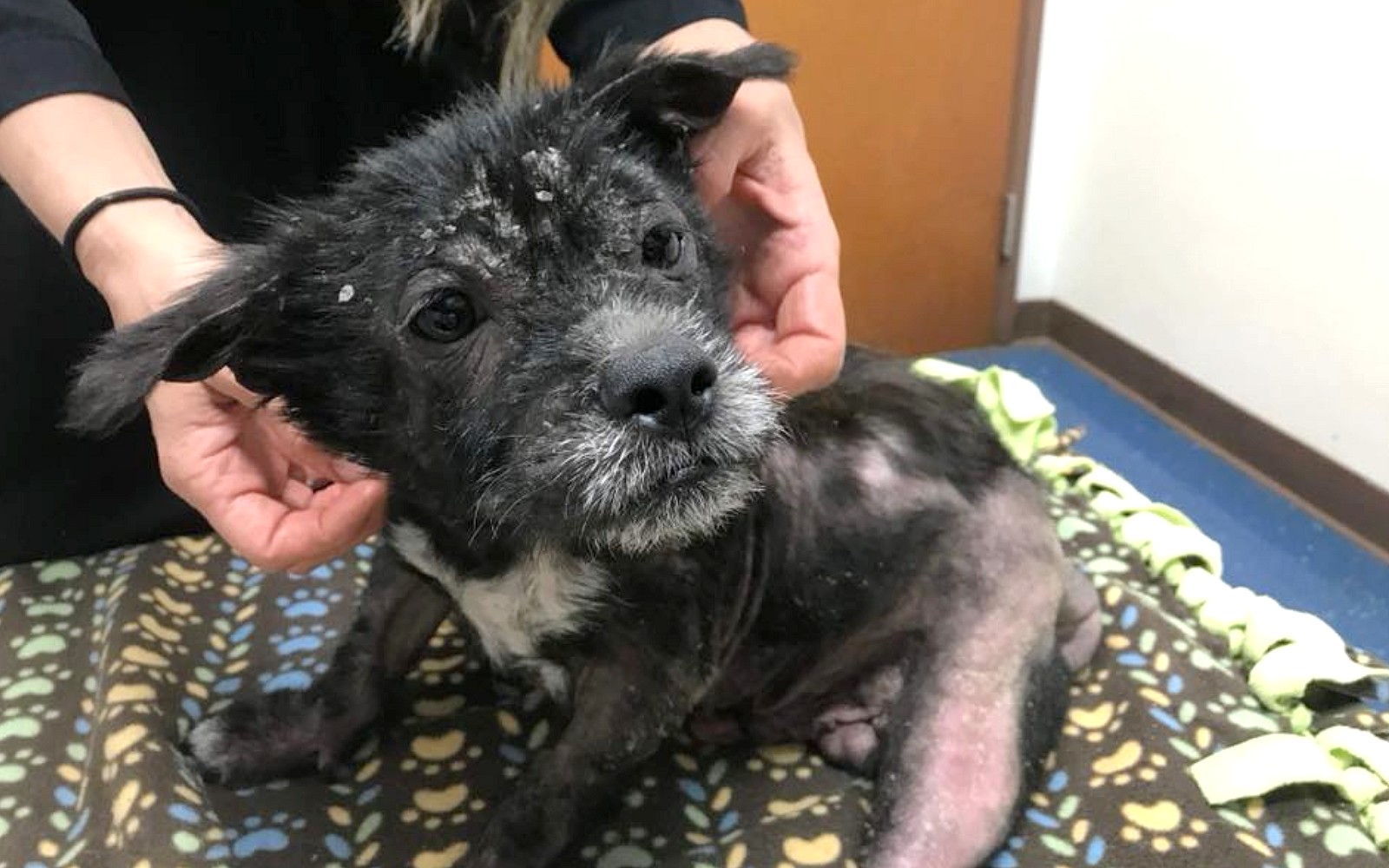 Fraser, a three-year-old dog rescued by Rescue Dogs Rock NYC, was found dragging himself helplessly through the Rio Grande Valley in Texas. He was all alone and could barely move, but he had an incredible determination to keep going. Although he was in disastrous shape, he was determined to save himself and fended off dogs and people. Fraser’s rescuers suspect he was hit by a car months ago and left without any help. His spine was completely crushed from the accident, leaving him paralyzed with only the use of his two front legs.

Mange and the impact of dragging his body across the ground have left Fraser with bald patches. His skin was also mercilessly attacked by fleas and ticks. When he was rescued, the dog weighed just 10 pounds. His numb back legs and rear end were in a state so awful that, looking at him, many would have decided there was no hope for him. But that did not even cross his rescuers’ minds. 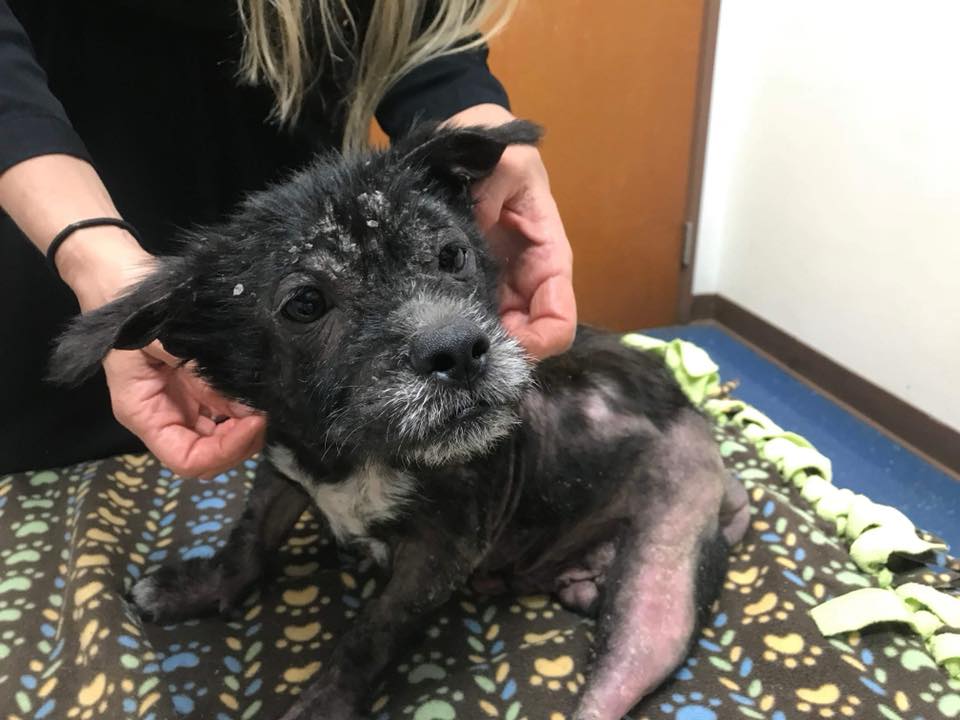 Fraser is now safe under the care of Rescue Dogs Rock NYC and is being treated at a veterinary clinic. He won’t be able to use his back legs again, but, as the team emphasizes, he is a great candidate for wheels once he is recovered and ready. 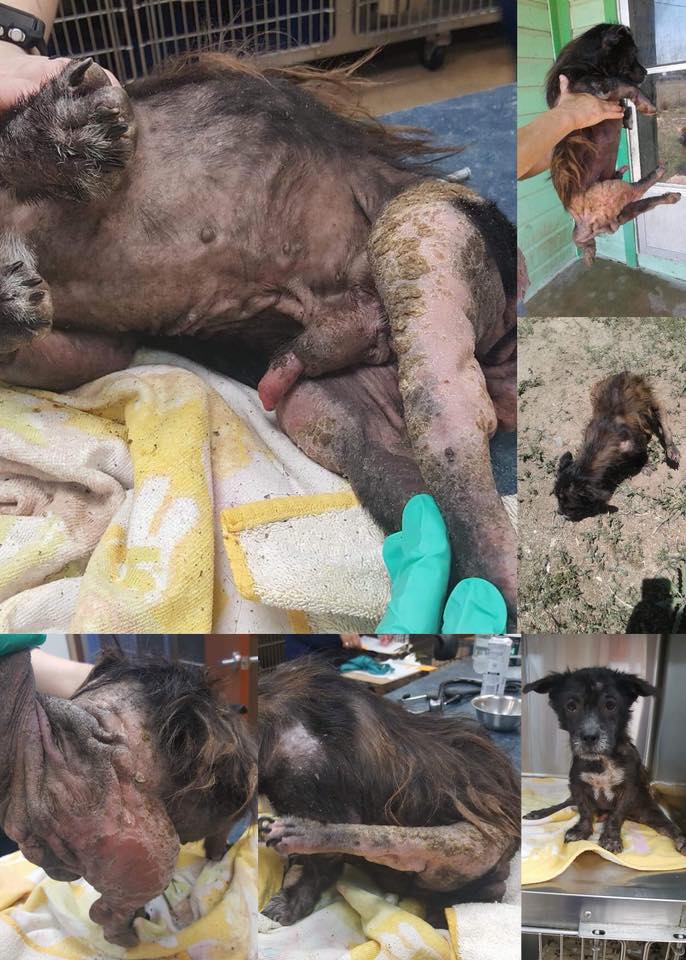 “You can clearly see he’s the sweetest angel and so tiny and frail,” the rescuers write.

Fraser is now on intense pain medication and getting lots of baths to soothe his itchy skin, which he cannot even scratch with his back legs. This sweet little dog is a real survivor with an immense will to live – and the rescue team will do everything they can to make sure he grows into a healthy and happy pup! 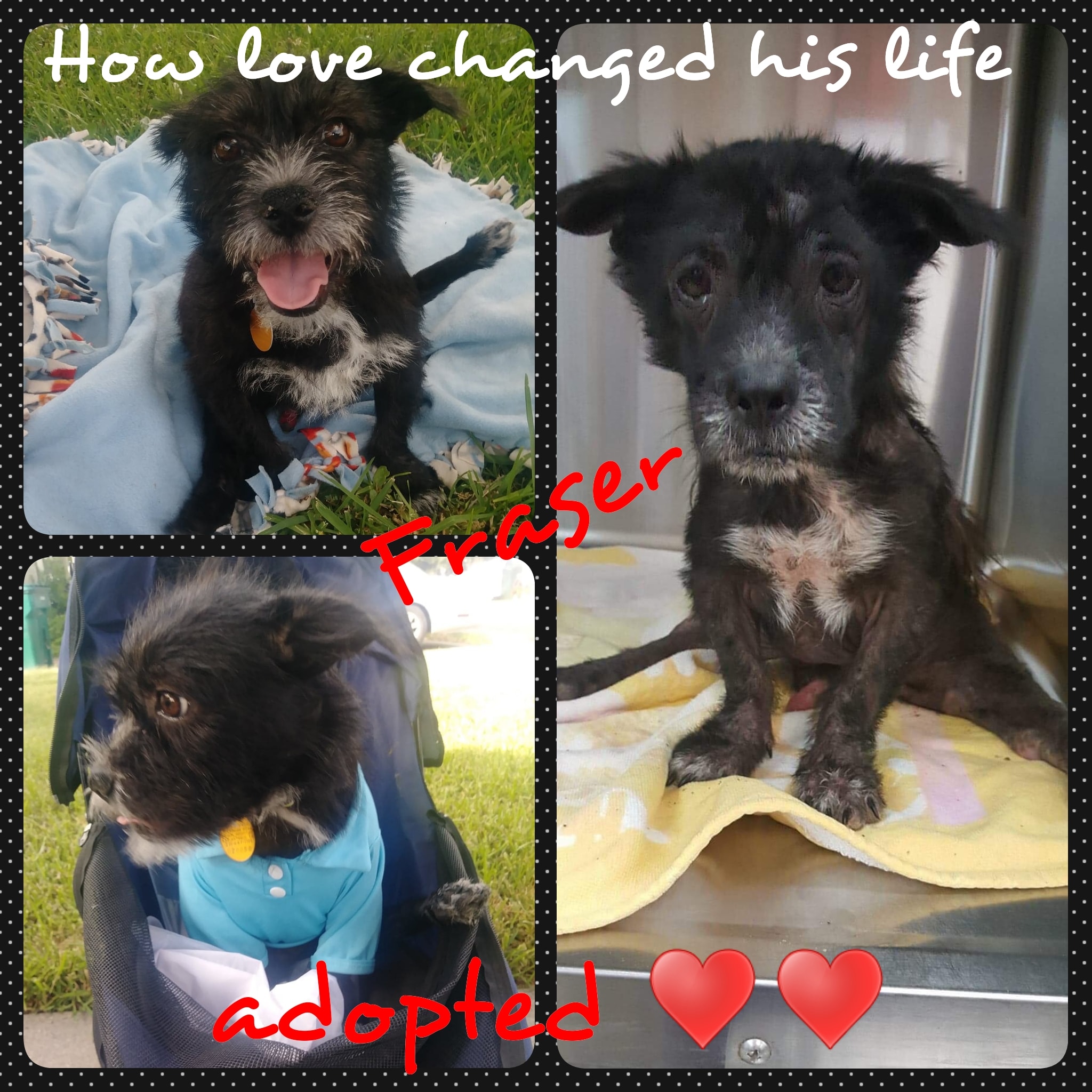