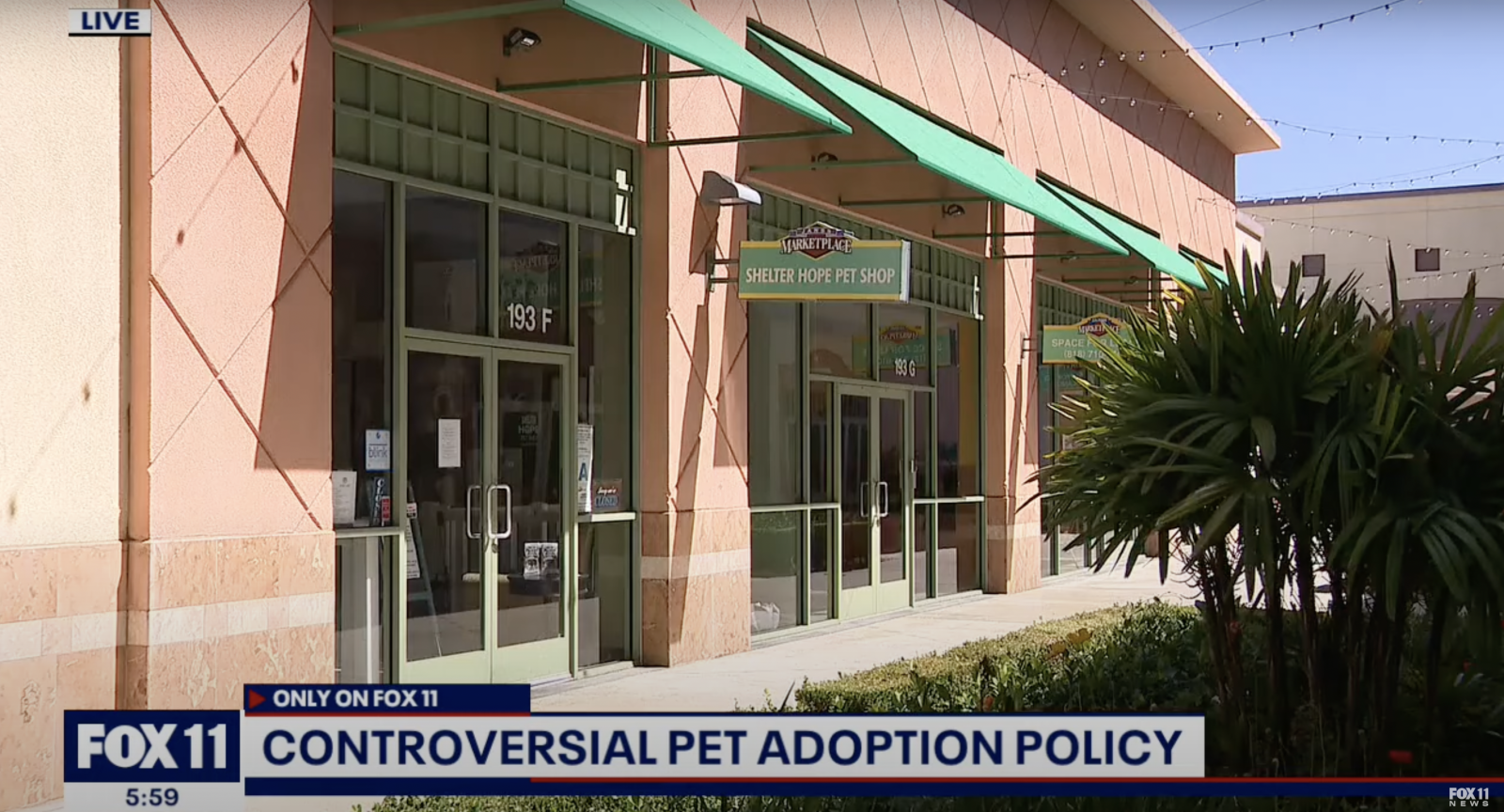 This California pet store banned 2nd amendment supporters from adopting pets, and some are not too happy about it. The Shelter Hope Pet Shop threatened to sue any secret NRA supporters for fraud if they tried adopting one of their animals.

“We do not support those who believe that the 2nd amendment gives them the right to buy assault weapons,” the shelter stated on their website. “If your beliefs are not in line with ours, we will not adopt a pet to you.”

Shelter Hope Pet Shop is in Thousand Oaks, California, and the requirements to adopt a pet from them are to be at least 25 years old, able to drive and be pro-gun control.

Kim Sill, the owner of the shop, has many reasons that she is pro-gun control including the death of her sister, who was shot by her husband.

In 2018, Sill had an encounter with a gunman in the 2018 Thousand Oaks mass shooting. The gunman, Ian David Long, was secretly checking if the pet store was a good place to carry out his plans for a mass shooting. The 28-year-old ended up killing twelve people and injuring 16 when he opened fire at a restaurant nearby.

Shelter Hope Pet Shop also threatened legal action against anyone who hid their pro-gun beliefs on an application.

“If you lie about being a NRA supporter, make no mistake, we will sue you for fraud,” the pet shop threatened.

Sill’s statements are not against the law for legal discrimination because political beliefs are not protected, like race and gender. However, she has received extreme backlash online, including from the NRA.

The NRA said, “Having this asinine political litmus test comes at the expense of needy and homeless dogs and cats,” NRA spokeswoman Amy Hunter said to NBC.

Shelter Hope Pet Shop is a non-profit, charitable, volunteer-based organization that helps shelter and rescue pet adoptions. Always remember to adopt and don’t shop! There are so many loving animals waiting in shelters that want to find their forever home.

Check out these 10 Important Documentaries About The Impact and Reality of Gun Violence and while you’re at it, sign this petition to demand that Congress introduce legislation to fight gun violence in the U.S., including universal background checks for all firearms sales and a total ban on assault weapons!