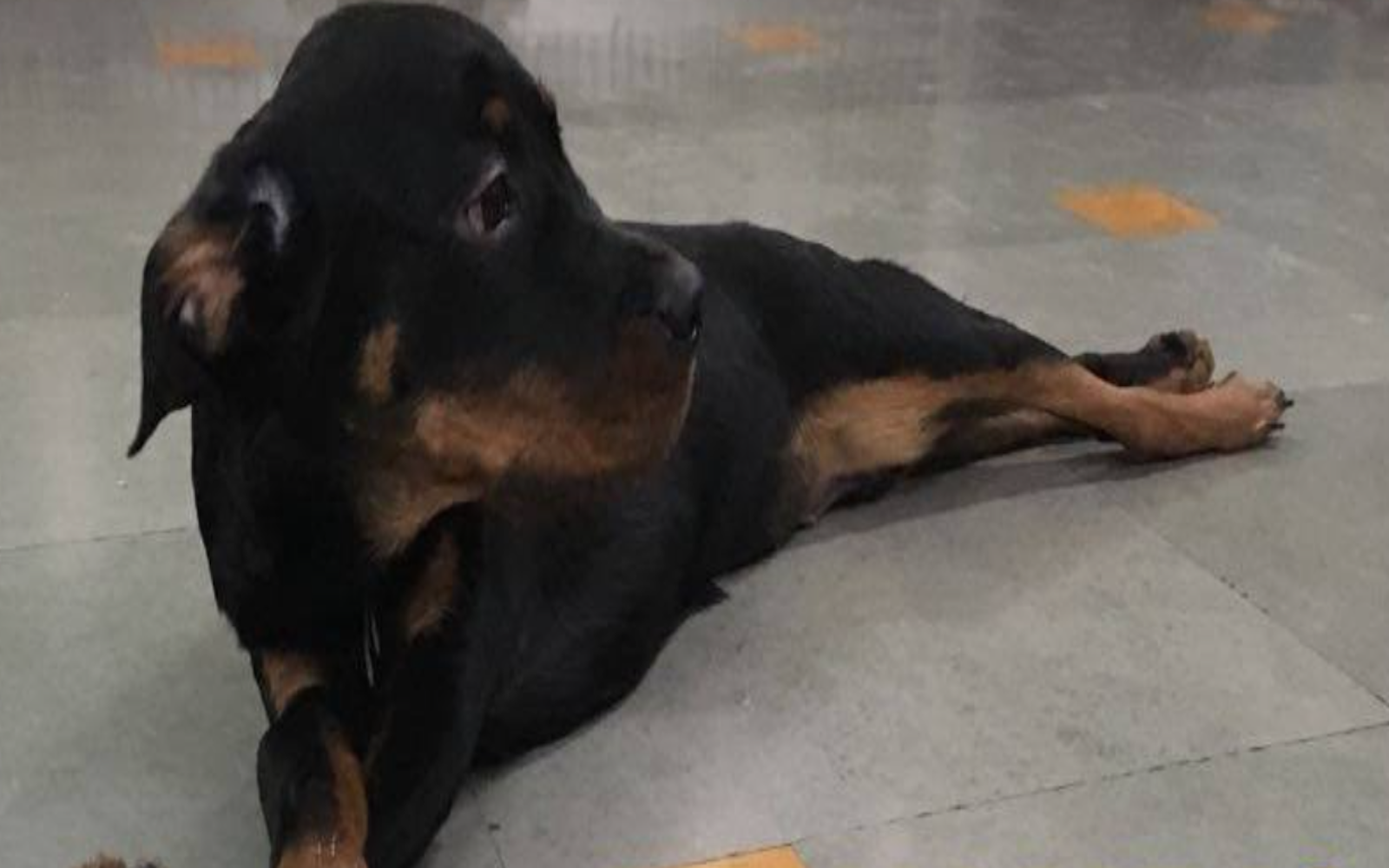 In America, many people still believe that purchasing their dog from a breeder will ensure that the animal is “superior.” However, this couldn’t be further from the truth. Not only is breeding dogs unnecessary when there are 70 million homeless dogs and cats in our country’s animal shelters, but it’s also downright irresponsible. After all, purebred dogs often develop serious health problems as a result of inbreeding or other reckless breeding practices. Take, for instance, the two sweet Rottweiler pups recently brought to RESQ Charitable Trust with severe degenerative conditions and disabilities due to the irresponsible manner in which they were bred.

One of the dogs, Lucy, seemed like a perfectly healthy pup until she suddenly lost the ability to control her lower body when she was 2.5 months old. Turns out, Lucy had developed hip dysplasia, a condition which is unfortunately common in Rottweilers and many other breeds. Ever since, she has been unable to control her hind legs and bladder. Her two back legs are constantly stiff, and one of her front paws is perpetually bent, so Lucy has only one leg which functions properly.

Then, there’s Bam-Bam, another innocent victim of the breeding industry. Much like Lucy, Bam-Bam was paralyzed from the hip down as a result of careless breeding. As a direct result of his debilitating condition, Bam-Bam sadly passed away at RESQ Charitable Trust. Now, the animal rescue organization fears that Lucy’s fate may be the same. 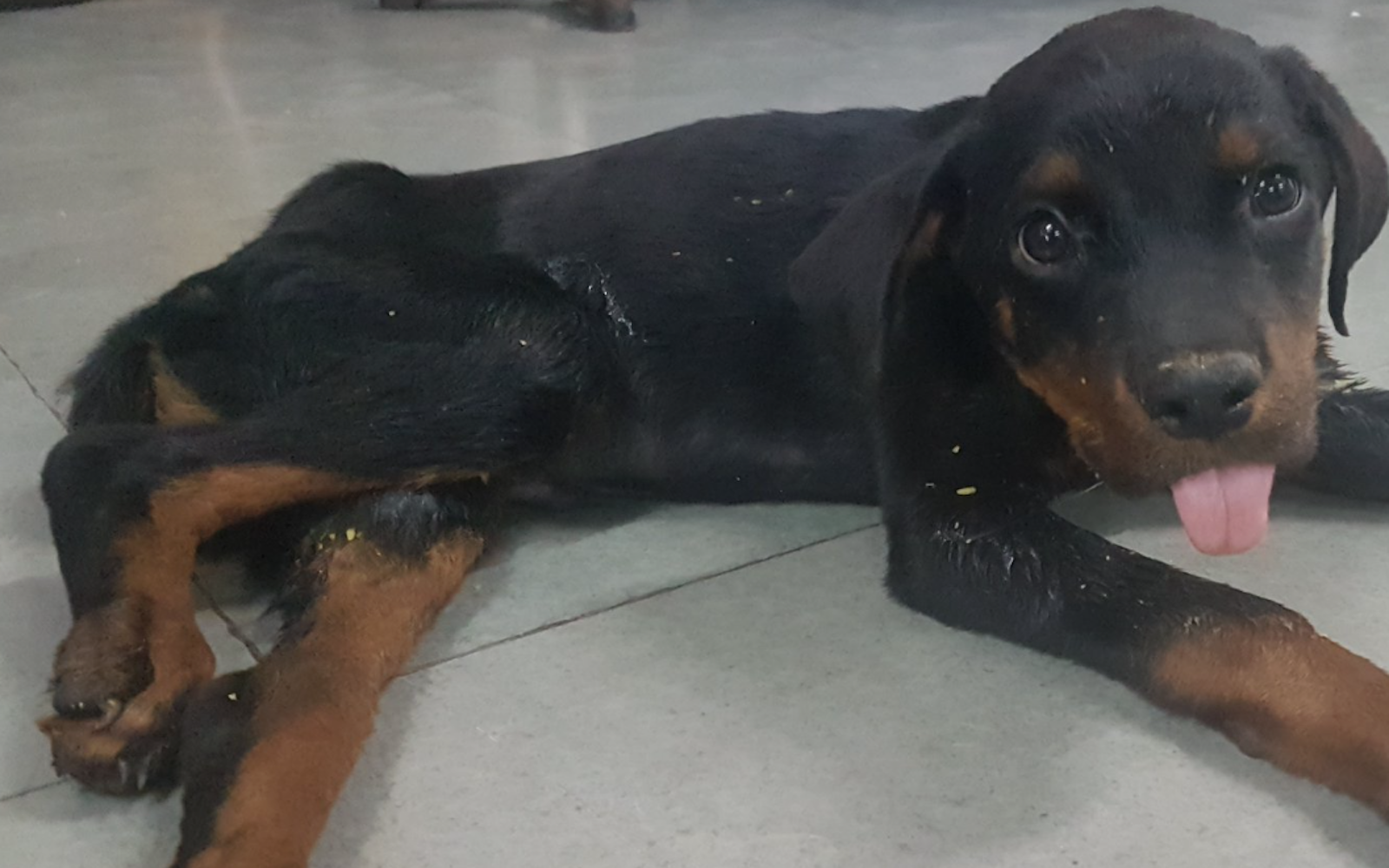 These adorable Rottweiler puppies were brought into this world so that their breeders could make a profit and perpetuate the myth that purebred dogs are somehow better than the millions living in shelters. But once they developed conditions that made them less than perfect and meant they couldn’t be sold for a high price, the unsuspecting pups were promptly discarded by their breeders.

Lucy and Bam-Bam aren’t the only ones born into a life of unnecessary suffering due to the high demand for purebred pups. Dog breeders across the nation are continually bringing Pedigree puppies into the world for their own financial gain without giving any thought to the possible side effects their actions could have on the animals. And as long as people are willing to pay for purebred dogs, this vicious cycle will continue.

For the sake of precious pups everywhere, please refuse to play a role in the continuation of senseless dog breeding. Help put an end to this heinous industry by choosing to support shelters rather than breeders.

Even if you don’t have the means to adopt a homeless dog, you can still do your part by donating to organizations like RESQ Charitable Trust and sharing the truth about dog breeding with everyone you know. When we stand up against dog breeding, we not only prevent puppies from being born into a world of pain, but we also help the countless needy animals in our nation’s shelters get adopted. That’s definitely a win-win!