Brave Cow Who Escaped New Jersey Slaughterhouse Will Be Spared 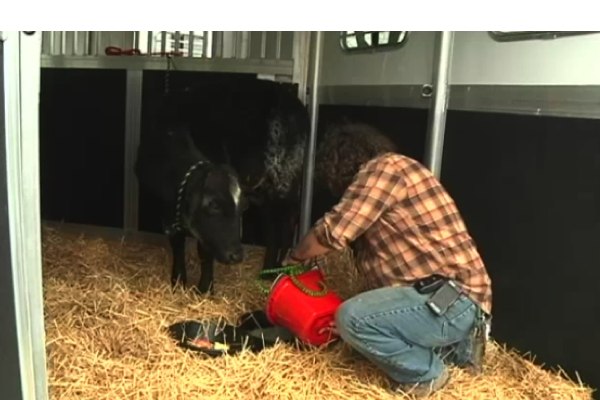 The cow that broke loose from a New Jersey slaughterhouse will be spared!

The cow got out of the River Street slaughterhouse on Tuesday evening, leading police and animal control on a brief chase around the streets of Paterson, New Jersey. Officials caught and tranquilized the cow when he got trapped between a fire hydrant and a truck.

Although the cow suffered some abrasions from the incident, NBC New York reports that his prognosis is good.

Upon prompting from an animal control officer, the slaughterhouse owner promised to release the cow to an animal sanctuary. Animal advocate Mike Stura, along with two slaughterhouse officials, transported the cow to Woodstock Farm Animal Sanctuary in upstate New York, where he now safely resides. Hooray!

Note: we chose not to include the video footage of the cow’s escape and capture due to disturbing nature of the images. For a lighter take on cows plotting escape (and revenge!), check out the hilarious animated video below.