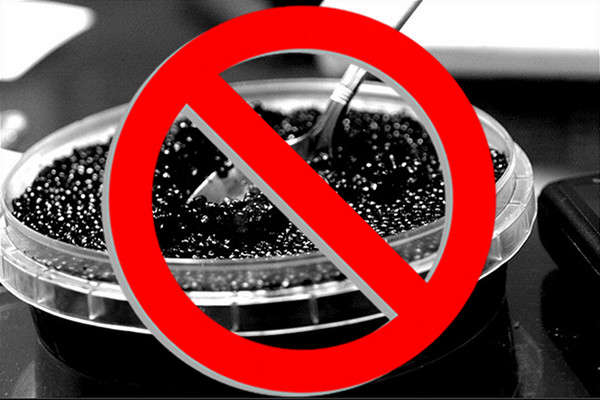 This week, WildEarth Guardians and Friends of Animals requested that Amazon.com halt the sale of caviar and other products derived from fifteen imperiled species of fish in the sturgeon family. These fish have suffered from spawning habitat loss due to dams and pollution, and severe human exploitation.

An Endangered Species Advocate at WildEarth Guardians was quoted: “The caviar trade is the primary threat to these species, and many people buy caviar online.” Of note, several vendors on Amazon.com currently sell caviar from endangered sturgeon species. Although many of the products are marketed as farm-raised or environmentally-friendly, their sale still has negative and far-reaching implications for sturgeon populations.

Sturgeon farming creates negative incentives for false labeling or to catch and kill free-living sturgeon for breeding. Crime-ridden trade and smuggling are also common problems in the caviar trade in certain markets, namely Russia and Iran.

The two organizations recently petitioned the National Marine Fisheries Service to protect these sturgeons under the Endangered Species Act by labeling them as “threatened” or “endangered.”  If these species are labeled as “endangered,” their sale will become unlawful for anyone subject to U.S. jurisdiction.

Advocates are also asking restaurants, retailers, and the general public to avoid products made from these sturgeon species, including sturgeon meat, caviar and isinglass, a substance used in glue and some beer and wine.

Want to get involved? Sign this petition to halt the sale of caviar from imperiled sturgeon species!