What We Call “Exercise” Used to be Called “Living” 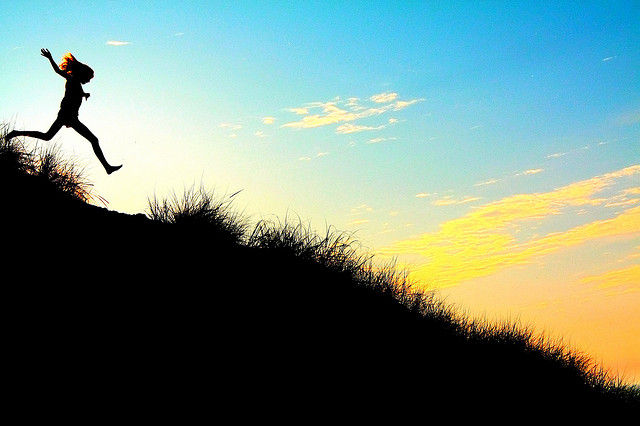 In a recent interview on NPR’s Fresh Air, Terry Gross was told by her guest, New York Times Phys Ed columnist Gretchen Reynolds, that there are some easy ways we Americans could positively affect our physical health and well-being. Probably the simplest piece of advice Reynolds offered was standing up at your desk for at least two minutes every twenty minutes. Reynolds explained long stretches of time spent sitting have a negative effect on us physiologically; our bodies stop breaking up fat in our bloodstream, which starts to accumulate in our livers, hearts, and brains. The simple action of just standing up reverses that and has a positive impact physiologically. As I listened to this interview, I thought to myself, “Have we really come to this? Americans need to be prompted to just stand up?” If so that is a sad commentary on how bad things have gotten because it seems to be setting the bar pretty low.

Weight gain and obesity have reached epidemic levels in this country. Thirty-six percent of U.S. adults are obese. Seventeen percent of American children between the ages of two and nineteen are obese. As cities like Philadelphia and New York consider proactive measures like a sin tax on soda and portions limitations, we as a nation are only just beginning to do some much needed self-reflection on what is making us so fat. Critics complain penalizing the soda industry is arbitrary, and there’s some validity to that argument. In truth, our lifestyles in general – from the food we eat, to the places we live, to the jobs we hold, to technological advancements – all contribute to the fact more and more Americans weigh too much. A recent documentary series on HBO called Weight of the Nation reported that, because of obesity and the health problems that are incurred, this generation of American children will be the first in many generations to expect shorter lifespans than their parents. Excessive weight is not just a question of aesthetics; it is a question of life and death.

To suggest our lifestyles may be to blame may make some uncomfortable. Some aspects are beyond our control (e.g., jobs that require more and more time spent in front of a computer screen), but some aren’t. A little bit of self-reflection and careful consideration of our daily habits reveal numerous opportunities for movement that we simply pass on. Experts in Weight of the Nation report only eighteen percent of Americans are getting the recommended level of physical activity to stay healthy, and thirty-six percent of Americans get no physical activity at all. While food choices and portion sizes may be an obvious area to examine, what might not be so obvious are the many “energy-saving” devices that characterize our day. Escalators instead of stairs. Leaf blowers instead of raking. Cars instead of walking or biking. Self-propelled lawn mowers instead of human generated ones. The list goes on and on. The irony is, we buy these energy-saving products only to spend time (and money!) at gyms to exercise. Yet by simply going back to some of these exercise-rich choices, we wouldn’t have to be reduced to, frankly, embarrassing advice like the suggestion that we stand at our desks for two minutes. And we’d be promoting more environmentally-friendly lifestyles. In many ways, the very concept of “exercise” is a trapping of affluence; the poverty-stricken throughout the world and throughout time have been too busy trying to stay alive to worry about “exercise.”

Many Americans will claim it comes down to a question of time, that they seek out those energy-saving devices because there simply aren’t enough hours in the day to accomplish everything in the typical over-worked American day. This is where the self-reflection comes in. Some will say they simply can’t afford the time that’s demanded in going back to those more time-consuming options. But considering the massive healthcare costs of obesity, the tremendous negative impact obesity has on American worker productivity, and the shorter lifespan obesity means for many of our children, we as a nation can’t afford not to.