Of Cooks and Doctors: The Food and Medicine Connection 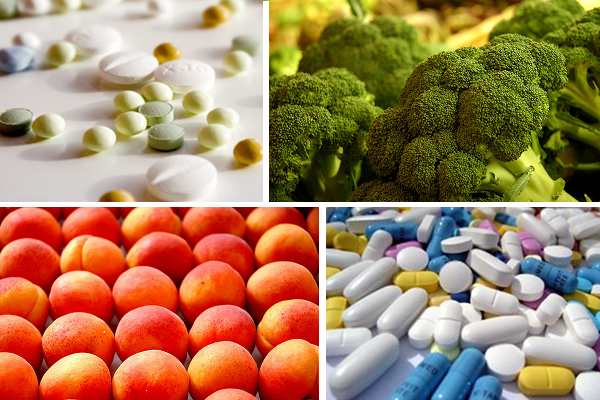 Celebrity cook Paula Deen made headlines recently when she announced that she had been diagnosed with type 2 diabetes. This wouldn’t be an entirely unexpected outcome for someone whose diet includes such items as a hamburger topped with a fried egg and strips of bacon, sandwiched between glazed donuts. The world reacted to the news a bit uncharitably, with more than a few critical remarks in the media. I’ve never watched her show, but from the clips I’ve seen, she seems like a cheerful, big-hearted lady who truly loves food (and eating).  Nothing in her manner suggests that she would knowingly serve anyone food that would be harmful.

To be fair to her critics, she has profited handsomely from what many consider to be three of the most harmful corporate structures in the world, namely Big Ag, Big Food, and Big Pharma. A large part of her success has come from her alliance with Smithfield Ham, the factory pig farm giant (I don’t think we need to go into how awful that is). Her cooking relies heavily on processed food products, like Twinkies and the refined oils she famously fries them in. Now she’s got a contract to promote the drug she’s taking to treat her diabetes. Some have pointed a suspicious finger at the timing of her announcement—three years after her diagnosis, but soon after signing with the drug company.  Anthony Bourdain was singularly harsh in his assessment, even before the announcement.

What caught my attention, however, was one remark she made when an interviewer asked if her unfortunate diagnosis would change the way she cooks on her show.

“Honey, I’m your cook, not your doctor,” she said.

I could almost hear the rumble of bones as Hippocrates twisted in his grave. I do understand what she meant, but I can’t think of a statement that better underscores the tragic disconnect in so many people’s minds between what they eat and the diet-related diseases that follow.

As a cook, I feel an enormous responsibility to the people who eat my food. Whether they’re aware of it or not, they’re entrusting me with their health—indeed with their life. Of course I want what I make to thrill their palates—what self-respecting cook doesn’t? But that’s just the front-loading part, and important as it is, it’s not by any means the whole story. As I point out in “Eat What You Love, and Health Will Follow,”—paying attention to what occurs after we eat is crucial in understanding whether a food is friend or foe.

Not everyone will agree with me—especially very young people whose bodies are still fabulously resilient, and can seemingly devour anything with impunity. And I didn’t come to my way of thinking until fairly recently. I haven’t always fed people the healthiest fare, partly because I didn’t know what I know now, and partly because I was being paid to give them what they wanted, not educate them. But it’s clear to me now that healthcare is my responsibility, and when I cook for my family, friends, and clients, my actions are just as important as a doctor’s. Eating well, with a focus on fresh, whole, raw, organic, and—I believe—strictly plant-based ingredients, is the first line of defense against disease. It’s a cook’s privilege to facilitate this.

Doctors undergo rigorous education and their services are highly regarded, but very few of them have had more than the most superficial introduction to the vast subject of nutrition. This isn’t their fault—it’s simply not in the syllabus—but it’s important to note that unless they’ve gone out and studied nutrition on their own, it’s not their strength either.

Cooks and doctors have different skills and functions, but they share a fundamental responsibility that we’re all within our rights to expect them to fulfill. Hippocrates set a profoundly wise course for both of them, with just two precepts: First, do no harm. And second, let your food be your medicine, and your medicine be your food.

Getting back to Paula Deen, in the spirit of doing no harm, I’m going to choose to believe that she means well. We each come to our own understanding of things in our own way and our own time, and although her choice of ingredients and cooking methods are anathema to everything I’ve come to stand for, I have to admit that millions of people have gotten an immense amount of enjoyment from watching her show over the years. Joy is ultimately what we all want most, and making people feel even a little of it is, in itself, a tremendous contribution.