Caffeine in a Healthy Diet: Tips on Striking a Balance 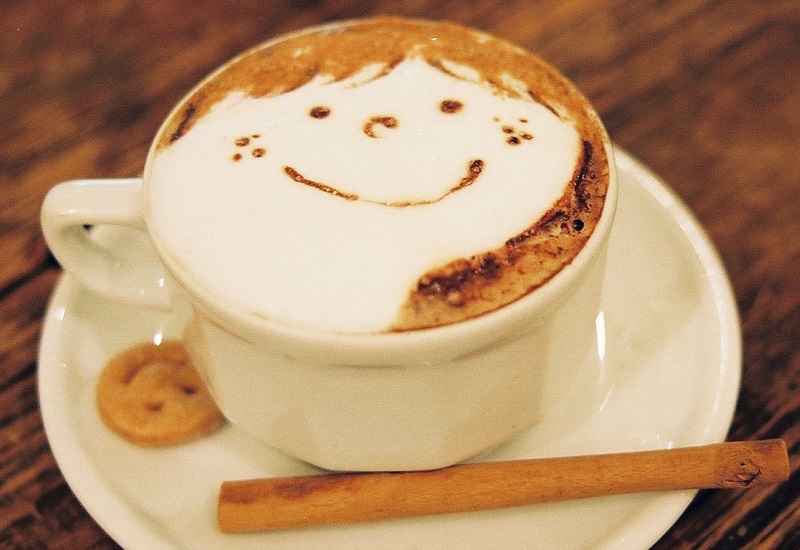 Caffeine definitely has it’s ups and downs. It’s loved for its ability to provide an immediate energy boost, but creates an energy deficit when the effects wear off. Caffeine is often the “last hurdle” for people who have adopted a healthy diet and lifestyle. You may be able to cut back on (or eliminate) animal products, highly processed foods and refined sugar, but find it incredibly difficult to kick the daily habit. Surprising? Hardly. It is, after all, technically a drug.

Caffeine is a natural substance that is found in the leaves, seeds and fruits of several plants. Coffee beans, tea leaves, yerba mate, ginseng berries and cocoa beans are all natural sources, and many have been used by humans as mild stimulants for thousands of years. Caffeine works as a central nervous system stimulant, blocking receptors that cause drowsiness and speeding up nerve cell activities, resulting in the release of adrenalin. It also causes a temporary increase in dopamine levels, which are associated with feelings of pleasure and happiness.

Effects vary largely depending on the source of caffeine and the individual- some may be sensitive to caffeine, and others may need to avoid it for health reasons (especially those relating to the kidney and heart.) In small doses, caffeine can be good for increasing alertness, mental clarity, and can even have a positive effect on metabolism. Many caffeinated beverages, such as green tea and yerba mate, are rich in antioxidants, which are believed to help provide protection against various diseases.

A “moderate” intake of caffeine- levels unlikely to have major health consequences- is considered to be about 250mg per day. With the caffeine level of an average cup of coffee coming in at around 100-150mg, the problem starts to become clear. A regular coffee drinker can easily- very easily- consume upwards of 500mg of caffeine every single day. This will often lead to tiredness, nervousness, irritability, insomnia, mood swings, and, invariably, caffeine dependence. Stomach ulcers, heart palpitations and chronic dehydration are among the more serious health problems that can arise from excess coffee drinking.  The “withdrawal” effects of caffeine include headaches, lethargy, nausea and constipation. These bring to light the reality that caffeine is in fact a widely-abused, and highly addictive substance.

It’s not only the caffeine that’s the problem in some caffeinated beverages, though. Multiple mega-coffees and energy drinks have become a “normal” part of many people’s day. These add excess calories, sugar, and chemicals- each of which carry their own set of adverse health effects.

Daily consumption of enormous, sugar-laden caffeinated beverages will not benefit you greatly in your quest for health. However, there are a number of ways that you can balance the ill-effects of caffeine and make beneficial use of its positive properties.

Cut back on the coffee. Coffee is probably the first thing that pops into your head when you hear the word caffeine- and with good reason. It’s the most used-and-abused caffeinated beverage in the US, and usually contains 2-5 times as much caffeine as tea. Those who drink coffee average around 3 cups per day, and depending on the source, each cup can deliver as much as 300mg of caffeine. Though there are health benefits associated with drinking some coffee, reducing your intake to 1-2 cups a day can help you avoid long-term problems like energy depletion and insomnia. Cutting back gradually is generally advisable, as this will reduce the severity of withdrawal symptoms. Substitute coffee for lightly brewed green teas, herbal teas and grain beverages. When you do drink coffee, go for organic varieties, and avoid adding masses of sugar and cream to the mix!

Try switching to green tea. If you want to cut back on caffeine but still feel you need a lift, try green tea. Green tea is made from the minimally processed leaves of the tea bush, and contains high levels of antioxidants. A regular cup contains about 25-60mg of caffeine, but there are antioxidant compounds present in the tea which are believed to neutralize its effects- resulting in a calmer and less jittery caffeine lift. When included as part of a healthy diet, green tea is believe to impact positively on overall health, and possibly contribute to weight loss, a reduced risk of cancer, and lowered cholesterol levels.

Avoid sugary, artificial energy drinks. Canned energy drinks are usually loaded with sugar, artificial chemicals, and a whole host of unpronounceable ingredients. If it’s a cool and refreshing energy drink you’re after, try these all-natural home made options instead.

Keep yourself properly hydrated. Hydration is always important, but it’s especially relevant here. Staying hydrated is actually one of the best ways to combat lethargy. You should start your morning by re-hydrating with water, then continue to drink plenty throughout the day. You may find that your “need” for caffeine is greatly reduced as a result. Caffeine is also believed to have diuretic properties, so when you do have it, make sure to replace fluids that are lost.

Add a natural energy booster to your breakfast. Some people skip breakfast and head straight for the caffeine. This is a bad habit, and one you should rectify immediately if you’re interested in getting healthy. For those of you who are already in the good habit of having breakfast, adding a natural superfood booster could help curb your desire for caffeine. Raw cocoa, ginseng, ginko biloba and maca powders can all be added to smoothies or muesli. They have naturally energizing properties, giving you a bit of extra oomph to help carry you through the morning. For more ideas, check out these smoothie boosters or this comprehensive list of superfoods.

Work out in the morning. Along with hydration and breakfast, exercise is a great way to naturally energize yourself in the morning. Whether it’s a brisk walk, quick home routine, or all-out session at the gym, the flow of oxygen and release of endorphins is likely to give you more energy than any beverage.

Make a cut-off time for caffeine, and stick to it. Caffeine consumption impacts upon your ability to get to sleep, and on sleep patterns in general. To reduce these effects, commit to not having any caffeine after a specific time of the day. For some people, noon is the cut off; others who work later or have evening commitments may wish to extend this to 3 or 4pm. The earlier you can do it, the better. If you need an afternoon pick-me-up, try energizing with a fresh juice or quick work-out instead.

Don’t forget that the more caffeine you consume, the higher your tolerance for it becomes. Saving caffeine for times when you really need it, like a long drive or an important late-night event, means that it is far more likely to have the desired effect. Though we’d all love to have the natural energy to keep us going 100% of the time, sometimes that’s just not the way it is. And it’s good to know you can rely on caffeine, rather than having to depend on it.