Beans and Gas: Clearing the Air 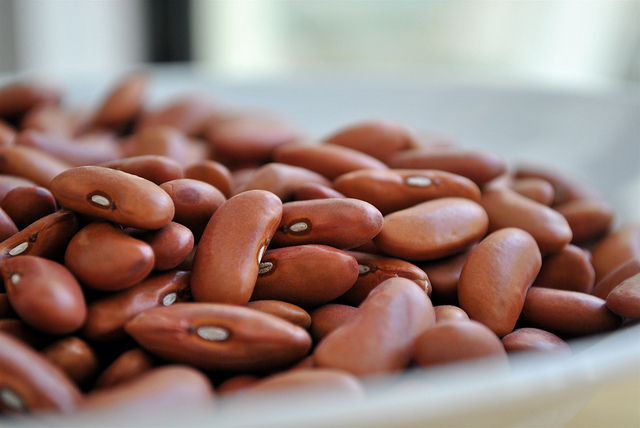 More than a decade ago, the Quarterly Journal of Medicine published a review entitled: “Vegetarian Diet: Panacea for modern lifestyle disease?” The answer was in the affirmative, noting those eating vegetarian appear to have less obesity, high blood pressure, diabetes, heart disease, high cholesterol, cancers, kidney disease, maybe less stroke, less age-related vision loss, less diverticulosis, fewer gallstone and of course, less constipation. But after going through the laundry list of benefits, the researchers did identify two drawbacks of a plant-based diet: 1) the risk of vitamin B12 deficiency, which I’ve covered previously, and 2) increased intestinal gas production. So on one hand, we have half of the top 10 causes of death in the United States, and on the other, flatulence.

Let me start off by saying that intestinal gas is normal and healthy. When patients present to physicians complaining of too much gas, they are typically instructed to go home and keep track for a week. “Although this may sound complicated,” wrote researchers in a gastroenterology journal, “we have found that patients rather enjoy keeping such a record.”

Americans report passing gas an average of 14 times a day, with the normal range extending up to a frequency of 22 times daily. Many people who think they have too much gas fall well within the normal range, concludes famed flatologist Michael Levitt, M.D., “and they simply have to be informed of their ‘normality.'”

Wondering who funded this research? You may be surprised that the real ground-breaking work in this area was done by NASA in the 1950s—our grandparents’ tax dollars hard at work. NASA was genuinely concerned that astronauts might suffocate, or some spark would ignite the methane. So papers with names like “Recent Advances in Flatology” represent space age research! As one NASA research scientist recommended, “it may prove advantageous to select astronauts…who do not normally produce large quantities of flatus.”

I’ll never forget the first time I lectured on the subject. I asked if anyone in the auditorium cared to venture a guess as to how many times a day the average person passes gas. I was expecting the students would posit maybe 5 or 10 and then I could wow them with the fact that no, the norm is more like once every waking hour, up to 22 times a day. But the first guess? 200. OK, so maybe some people do have too much gas! For those wanting to cut down on emissions, here are some tips (I’ll try not to be too long-winded :).

Flatulence come from two places: swallowed air, and fermentation in the bowel. Things that can cause you to swallow extra air include gum chewing, ill-fitting dentures, sucking on hard candies, drinking through a straw, eating too fast, talking while you eat, and cigarette smoking. So if the fear of lung cancer doesn’t get you to quit smoking, maybe fear of flatulence will.

The main source of gas, though, is the normal bacterial fermentation in our colon of undigested sugars. Dairy products are a leading cause of excessive flatulence, due to poor digestion of the milk sugar lactose, though even people who are lactose tolerant may suffer from dairy. One of the most flatulent patients ever reported in the medical literature was effectively cured once dairy products were removed from his diet. The case, reported in the New England Journal of Medicine and submitted to the Guinness Book of World Records, involved a guy who, after consuming dairy, experienced “70 passages in one four-hour period.” Cutting the cheese, indeed.

Other poorly digested sugars include sorbitol and xylitol in sugar-free candies. The fizziness in soda is carbon dioxide, which gets absorbed by our gut, but the high fructose in the soda’s corn syrup may be another culprit. Cruciferous vegetables may also contribute (kale-force winds?). Some grains can do it—the word pumpernickel stems from Middle German and means, roughly, “goblin that breaks wind.”

Beans have been christened the musical fruit, but could it just be a lot of hot air? A randomized controlled crossover study published last week, “Perceptions of flatulence from bean consumption among adults in 3 feeding studies,” concluded “People’s concerns about excessive flatulence from eating beans may be exaggerated.”

Noting that “An increasing body of research and the 2010 Dietary Guidelines for Americans supports the benefits of a plant-based diet, and legumes specifically, in the reduction of chronic disease risks,” they started people on pinto beans, black-eyed peas, or vegetarian baked (navy) beans. During the first week, 35% reported increased flatulence but that fell to 15% by week three, 5% by week five, and 3% by week eight. Much of the bad rap for beans grew out of short-term studies in the 60’s that didn’t account for our body’s ability to adapt.

Long-term, most people bulking up on high-fiber foods do not appear to have significantly increased problems with gas. In the beginning, though, “A little bit of extra flatulence,” reads the Harvard Health Letter, “could be an indication that you’re eating the way you should!” The buoyancy of floating stools from trapped gasses can in fact be seen as a sign of adequate fiber intake. The indigestible sugars in beans that make it down to our colon may even function as prebiotics to feed our good bacteria and make for a healthier colon.

Even if at first they make us gassy, beans are so health-promoting that we should experiment with ways to keep them in our diet at all costs. Lentils, split peas and canned beans tend to be less gas-producing. Tofu usually isn’t an offender. Repeated soakings of dried beans and tossing the cooking water may help if you boil your own. Worse comes to worst, there are cheap supplements that contain alpha-galactosidase, an enzyme shown to break up the bean sugars and take the sail out of your wind.

Odor is a separate issue. The smell appears to come primarily from the digestion of sulfur-rich foods, so to cut down on the stench, experts have recommended cutting back on foods such as meat and eggs (hydrogen sulfide is called “rotten egg gas” for a reason). In “Contribution of Dietary Protein to Sulfide Production in the Large Intestine” researchers found that meat-eaters generated as much as 15 times the sulfides as those eating vegetarian.

There are healthy sulfur-rich foods, such as garlic and cauliflower. If you’re about to embark on a long trip in a confined space after a big meal of aloo gobi, Pepto-Bismol® and generic equivalents can act as a windbreaker by binding up the sulfur in your gut to eliminate odors, but should be used only as a short term solution due to the potential for bismuth toxicity with chronic use.

Then there are the high tech solutions, such as carbon fiber odor-eating underwear (cost: $65),  which were put to the test in an American Journal of Gastroenterology study that included such gems as “Utilising gas-tight Mylar pantaloons, the ability of a charcoal lined cushion to adsorb sulphur-containing gases instilled at the anus of eight subjects was assessed.” Assessed, that is, by a panel of fart-sniffing judges. And the name of the charcoal lined cushion? The “Toot Trapper.”

To reiterate, though, intestinal gas is normal and healthy. No less than Hippocrates himself was quoted as saying “passing gas is necessary to well-being.” As one chair of gastroenterology wrote in a review of degassing drugs and devices (and yes, Dr. Fardy is a real name), “Perhaps increased tolerance of flatus would be a better solution, for we tamper with harmless natural phenomena at our peril.”