The Good, the Bad and the Savory on Varieties of Salt 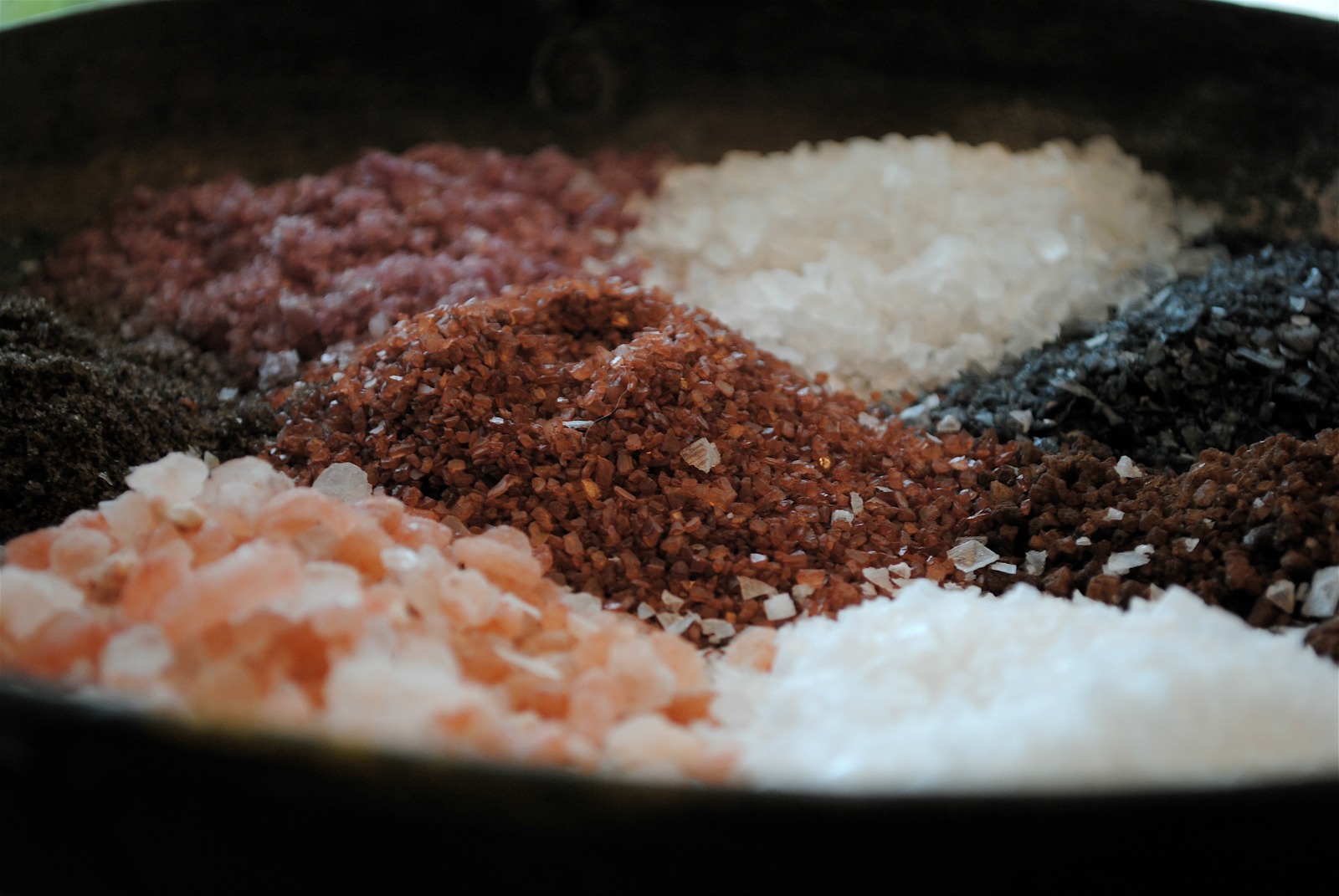 When I was a kid, one of the most essential cooking ingredients was Morton’s iodized sea salt. Their icon of a young woman holding an umbrella stuck with me, as advertising graphics often do, but her staple appearance in my life has been replaced by a cupboard full of sea salts of different hues and textures such as Hawaiian red salt, black salt, Bolivian rose salt and pink Himalayan salt. While the Morton brand remains synonymous with salt for many, specialty salts have become common and even affordable in local grocery stores, and a buzz word for health. Are we only drawn to the pretty packaging, or is there more to the difference?

Salt contains two ingredients essential to the human body’s function: sodium and chlorine, proportioned 40 percent to 60 percent. Sodium gets a bad rap because it saturates our processed foods and is linked to high blood pressure, but the body does require both sodium and chlorine to function.

All of the varieties of salt, from table salt to the most expensive kinds imported from halfway across the globe, are essentially NaCl. Unlike table salt, which is processed to eliminate anything extra, fortified with iodine, and treated with additives to prevent clumping, the other salts have the advantage of being relatively unprocessed. The “impurities” which cause variance in color and taste are the minerals in the salt.

According to Harriet V. Kuhnlein’s 1980 study, indigenous salts tested the highest for trace minerals, followed by sea and rock salts, and table salt had none except for the artificially added iodine. While the mineral content varies depending on the minerals in the rocks and oceans where these salts originate, sea and rock salts measured in the study contained small amounts of calcium, potassium, magnesium, sulfur, zinc, and iron. These same minerals can and should also be obtained in greater abundance from a well-rounded diet.

While there may be reason for concern that ocean pollution will affect sea salt, the only salt currently not recommended for human consumption is Dead Sea salts, which contain bromide. No study has been conducted demonstrating which salt is healthiest, but the bottom line is that no matter where you get your salt, maintaining a balance of sodium and chlorine intake is crucial. (Need help balancing? Check out Salt in a Healthy Diet.)

Sea salt absolutely does not contain less sodium that table salt, according to the American Heart Association. The advantage of sea and rock salts is that most people find them higher intensity, and more flavorful, meaning that less will achieve the same saltiness as a table salt, so switching can assist people in cutting back their sodium intake. However, still measure the number of milligrams consumed to make sure you’re actually cutting back, and check out No Sodium No Problem for more ideas.

What About the Environment?

Salts are either mined or  they come from the ocean, and the mining is still typically a solution-based process where water is poured into the earth to dissolve the salt. The briny water will then either be treated using machines or left to dry naturally in saltwater lakes to create salt crystals.  While specialty salts are more likely to be harvested without the use of fossil-fuel requiring tools, few originate within the United States. So, depending on where you live, the environmental impact is likely to be similar or worse for specialty salts.

So What are Fancy Salts Good For?

While not proven to be healthier, specialty salts contain more minerals and an interesting variety of flavors. The biggest advantage is that they don’t contain questionable additives like table salt, such as sodium silicoaluminate or sodium ferrocyanide. If you skip the iodized salt, do make sure you’re still getting your iodine elsewhere.

Depending on your priorities, the variety and intensity of color and flavor in specialty salts enhances simple meals, supplements a good diet, and can help to reduce sodium intake if used conscientiously.