Follow These 5 Tips and Live Waste-Free Nearly Every Day 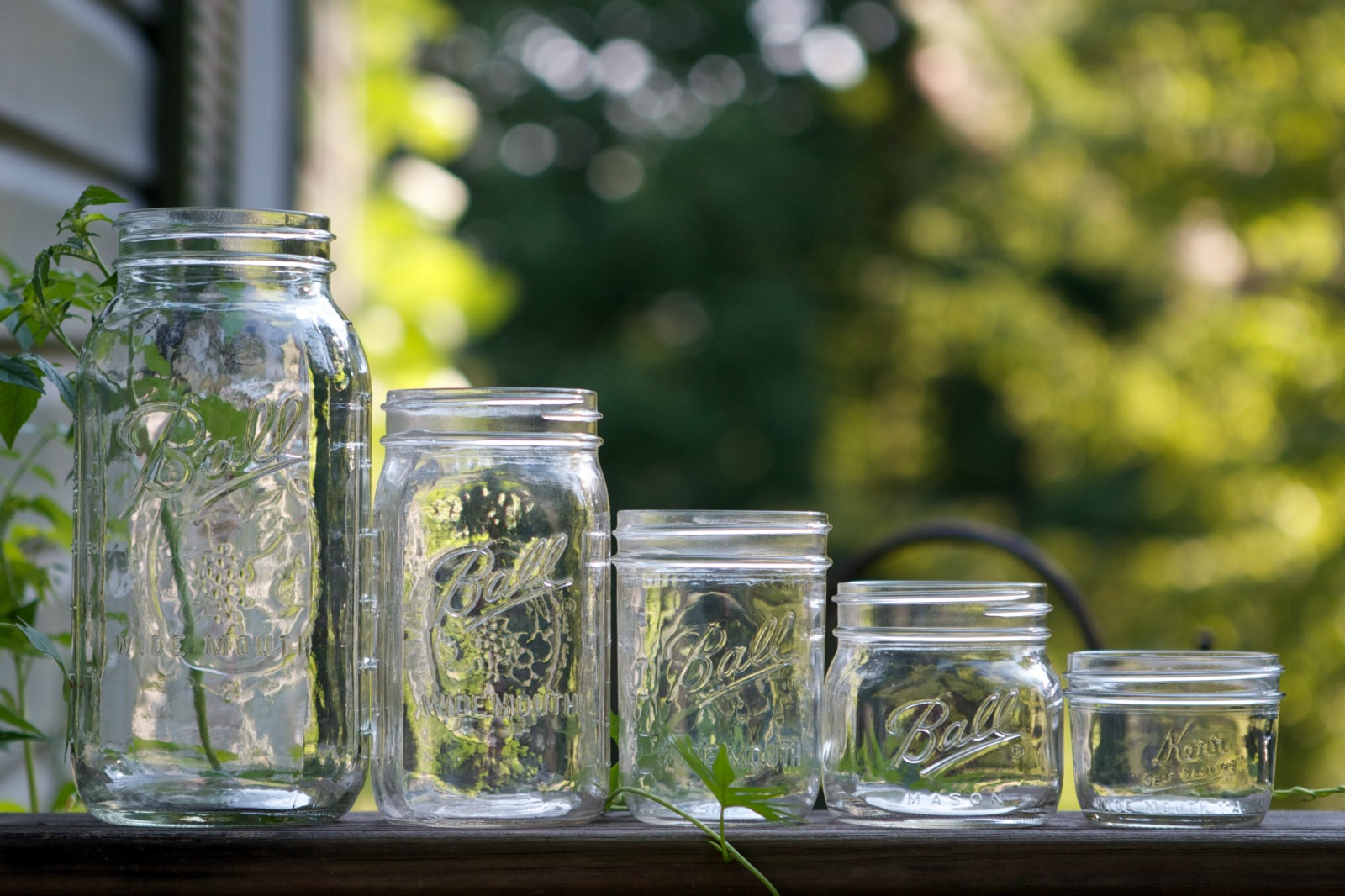 About a year and a half ago, my wife Emma and I volunteered on an eco-farm — Totoco — in Nicaragua. Besides learning loads about how to grow tropical food, cook pizzas in a cob oven and build a compost-driven water heater, we were most impressed with Totoco’s no-waste policy. Whatever came onto the farm or the attached chic eco-hotel was reused, recycled or stored until it could be.

We were a bit bowled over by it. The hotel could accommodate something like 30 guests, having to feed them all, get them toasted on rum and — in blunt terms — handle their bathroom rituals, both cleaning and cleansing.  That’s right. No waste left the property, including a more literal defining of human waste (there are many ways to compost). And, though there were some spots simply devoted to storing waste until it had a use (not something we can all realistically do), the achievement was amazing.

In fact, we thought, if they could do it there, with all these people and strangers, surely we can do it — or, at the very least, do much better — in our own lives, with just the two of us to think about. So, we started to genuinely address the amount of waste we produced, and we actually did make it six months without sending one trash bag to the curb.

Here’s what we did, what you can do, too. 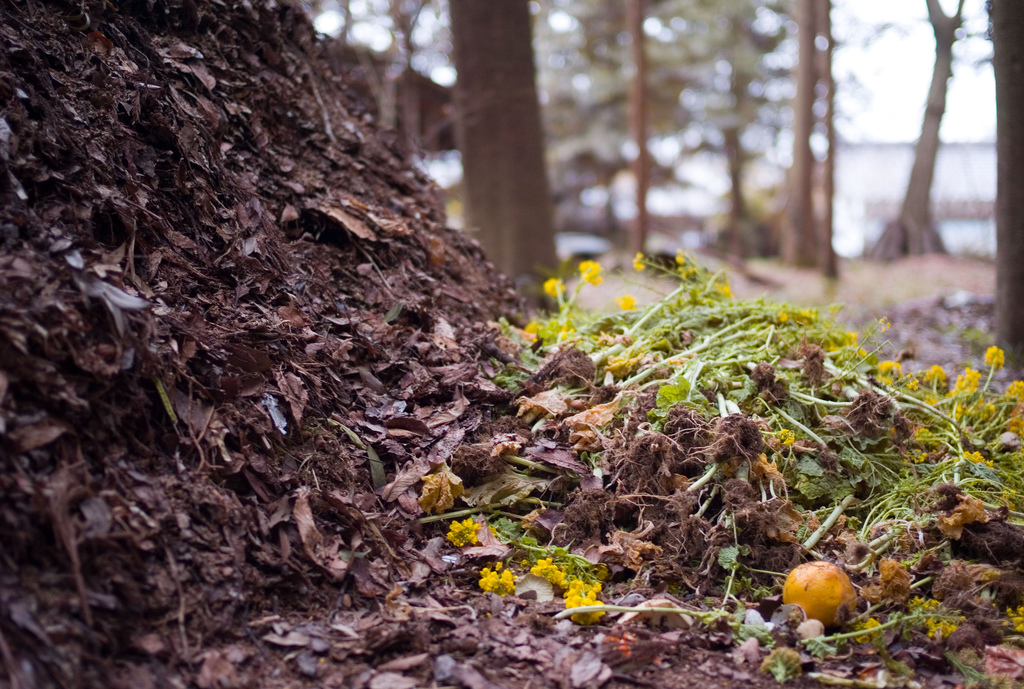 Thankfully, composting is becoming more of a thing to do (again), and admittedly, Emma and I came to the trend later than we should have. It’s amongst the top green things we can all do. What’s more is we really broadened the spectrum of what we were composting. Kitchen scraps are not the only materials to compost. We started composting all sorts of stuff: yard trimmings, anything paper or cardboard (including toilet paper, which went into a bin beside the toilet instead of in it—as is done in much of the world) and even old cotton clothing.

Now, it is true that we had the space to do it, to erect a couple of compost bins to fill, and not everyone has that, but there are options. There are allotments or possibly neighbors that might be interested in taking compost. There are methods for composting in small spaces. There’s even guerilla composting, finding a hidden spot in the forest or nearby parks (as long as you do it sensibly) to more responsibly dispose of organic waste.

2. When shopping, think about packaging.

Our time at Totoco made us really start considering what we bought or, more so, what packaging it came in, and we honestly started thinking about how things were packaged, what we’d have to do with the trash after consuming the food and mostly why the hell companies seemed to use so much of it. We made the appropriate changes where we could.

Take something like tea: Tea leaves can be put in bags, which are individually wrapped in paper sachets, often encased in a plastic sheath, all of it put into a little cardboard box, ceremoniously wrapped plastic shrink wrap. Or, they can be loose, stored in an old jar, and put into a nifty reusable strainer, the spent leaves composted afterward.

Other items like nut butters can all be bought in glass versus plastic jars, and easily reused for other items like mason jar meals at home, or to-go smoothie jars.

Whenever one attempts to be waste-free, plastic will constantly rear its non-biodegradable head. Plastic has a stranglehold on the packaging industry and, thus, on our shopping, from how tea bags are individually kept fresh to the bags we take groceries home in. Regardless of how much we tried to avoid it, there were just times we had to make concessions. Then, we were faced with what to do with it.

So, like Totoco, we saved it. There was a container atop the fridge in which we would store all plastic packaging (after we’d cleaned it) that couldn’t be recycled. When that container got full, we had to do something, so Emma used it (shredded) as stuffing in an outdoor pillow. In six months, she made three new water-resistant, decorative pillows. It’s not the only solution, of course, but it meant we weren’t producing waste.

4. Recycling is a last resort. 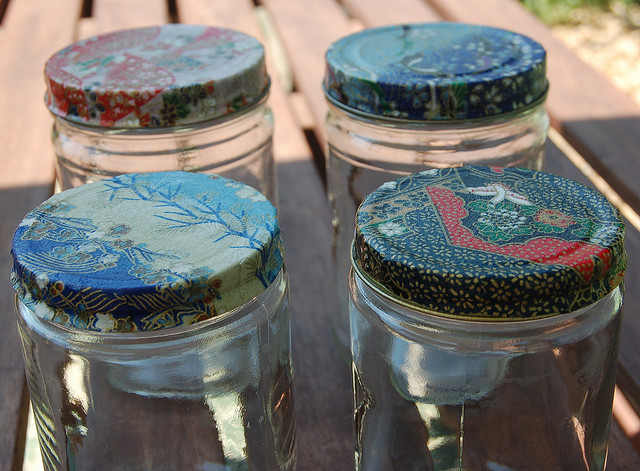 Recycling, what was considered a huge green effort in my youth, has now been revealed to be a little less than ideal. Essentially, it does require a lot of energy, sometimes even more than making the product/packaging from scratch. So, while it has the potential to reduce our waste, it is not the optimal method of dealing with our trash. The order is actually reduce, reuse, then recycle. Thus, finding ways to avoid packaging is first priority, as opposed to dealing with it as responsibly as possible once the mess is made.

For us, this meant things like buying our vegetables without putting them in sacks (or reusing them when it happens), going for jars and bottles over cans (because we could use them again), and always opting to throw whatever we were buying in a handbag or backpack over carrying it in the ubiquitous plastic bag that every convenience store, supermarket or retail outlet provides. We strove to think of the waste before we had it rather than after.

5. We must forgive ourselves when it’s necessary.

And, sometimes, as humans, we fail. Being completely waste-free is really difficult in the world as it is now. It’s getting better, and it’s getting that way because people — and I hope to be thought of as one of them — are trying to actually change things, to right the wrongs of the past century. It’s important that this continues, that our efforts remain positive as opposed to guilt-driven.

So, I forgive myself when I must. I won’t say that producing waste is ever necessary as there are always ways around it, even if we haven’t discovered them yet, but I know for sure that sometimes it’s necessary to give myself a break for not quite making it through another day waste-free. I know that getting right back on that wagon is going take me in the right direction, so I do it.

I mean, the alternative — keeping the status quo — would be a lot worse, wouldn’t it?