The Ins and Outs of Growing Your Own Strawberries 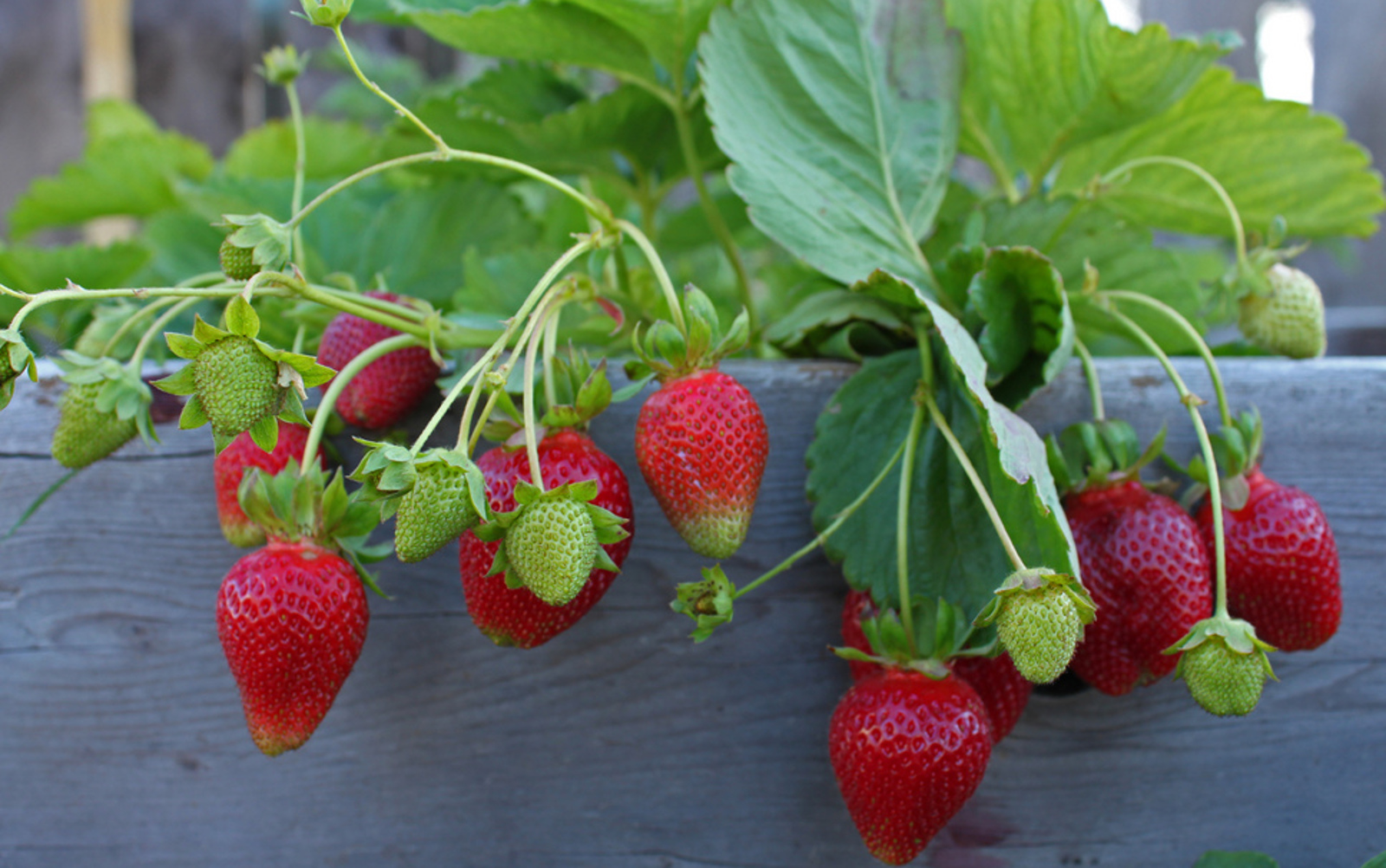 Strawberries make people happy. They do it when they are fresh and juicy, warm from the sun. They do it when they are freeze-dried and reconstituted in oatmeal. They work in pies, cakes (so much so that they have a cake all their own: Strawberry Shortcake), and homemade ice cream. They’ll spruce up an otherwise plain bowl of cereal. They’ll make a salad, with a little balsamic vinaigrette and some walnuts in the mix, something to talk about later. They are just delicious in so many ways.

Knowing this, it’s no surprise that the prospect of growing some strawberries right at home might be of interest to many of us, and the good news about that is that they are super easy to deal with, can produce a lot throughout the year and are perennial plants, meaning they don’t need to be bought again or replanted each year. In fact, they are prolific growers and will provide food for half a decade before tiring out. But, not to worry, they are also very easy to reproduce.

Stick around. It’ll all be clear in just a few hundred words.

The Type of Strawberry

There are several varieties of strawberries: June-bearing, day-neutral, ever-bearer, Alpine, and some other somewhat meaningless names. In essence, some of this will be about choosing the one best suited for a particular taste.

June-bearing are going to be the big, juicy fruits that come out in the summer for one picking season. They are sensitive to the length of the day, which is how the plant knows when to expand, flower, and produce fruit. It’s only one harvest, but they produce a lot.

Alpine are very small and flavorful, making them well suited for jam makers. They fruit in the summer

Ever-bearers, though their output isn’t as much, will provide some fodder in spring (from fall buds) and fall (from summer buds). Similarly, day-neutral varieties aren’t as productive but also aren’t sensitive to the length of day, and as long as they don’t freeze or overheat, they’ll keep providing berries to enjoy throughout the year.

These will likely be available at nurseries, or they can be ordered online. But, it’s a good idea to prepare the planting space before acquiring the plant.

A Suitable Home for Strawberries

Strawberries have a few typical plant-like requirements, but they are also one of the easier plants to deal with it. They like the full sun. They like loamy, well-drained, and nutrient-rich soil, such as organic potting mix with some compost. They have shallow roots, so it’s important that they have a steady supply of water, a good weekly watering should suffice, and mulching will help as well.

The easier aspects of growing strawberries are that they can be planted inside or out, in containers, or in garden beds. Once established, they will spread and reproduce like crazy, sending out “daughter” plants, which can be transplanted elsewhere to grow more strawberries, either in a friend’s garden or a different one at home. Whatever the case, it means more strawberries.

Taking Care of the Plants

Aside from good soil, steady water, and six-plus hours of sun a day, there are a couple of things that can help strawberry plants yield more and continue to thrive. Firstly, many people recommend getting rid of the first blossoms of the plant so that it’ll spend more energy developing strong roots as opposed to producing fruit. This patience will pay off ten-fold in the end. Plants should be about ten inches apart, so that might mean transplanting or getting rid of some daughter plants here and there. In general, the fruit will be ready about a month after blossoming.

For inside plants, there are a couple of considerations. It’s important to make sure they are kept in sunlight, at least, six hours a day, so they get a good window spot. Most likely, indoor areas will maintain a temperature comfortable for strawberries, which are comfortable at about the same temperature as humans are. And, the watering will likely depend on its human rather than rain, so be sure to work that into the weekend routine.

Outside plants should be handled a little differently. If temperatures are going to drop below freezing, it’s best to cut the plants down to about one inch in early winter (around the first frost) and put a good, thick layer of mulch — straw or wood shavings — over them. Shoot for around four inches. Then, in the spring, once the last frost has occurred, uncover the plant to let them grow again. Also, outside plants may need some sort of protection from birds, who don’t mind a strawberry snack or two. (Maybe grow some for the wildlife and some for the family.)

When they come, they’ll likely come in abundance (fingers crossed), so be prepared to gorge for a while. They’ll last, unwashed, in the fridge for about three or four days. They can also be frozen whole for a couple of months, which works just fine for things like pies or tarts. Of course, there is always strawberry jam. Or, dehydrated strawberries.